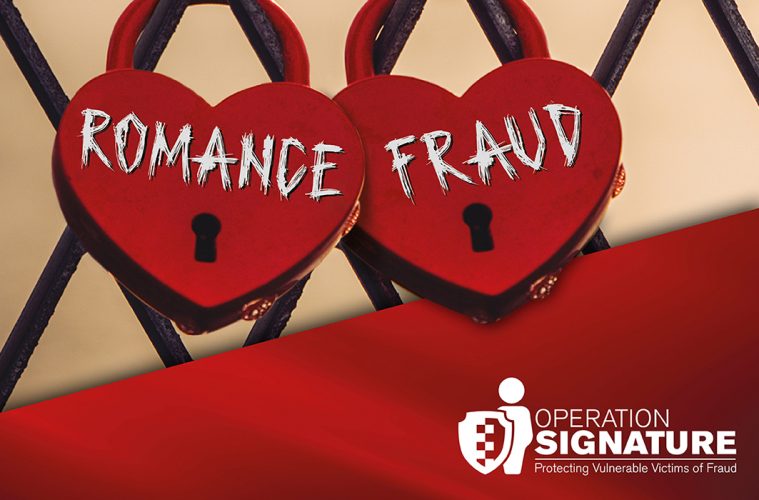 SUSSEX and Surrey Police are taking part in a nationwide campaign, co-ordinated by City of London Police, to raise awareness of the devastating crime of romance fraud and provide clear and unambiguous protection advice to the public.

The multi-agency campaign will run throughout October following a national rise of 26 per cent in reports to Action Fraud in the last year.

Sussex Police has received 195 reports from January to September 2020 – a 56 per cent increase compared to the same period in 2019.

Romance fraud, or dating fraud, occurs when you think you’ve met the perfect partner online but they are using a fake profile to form a relationship with you.

They gain your trust over a number of weeks or months and have you believe you are in a loving and caring relationship. However, the criminal’s end goal is only ever to get your money or personal information.

A 55-year-old woman from Billingshurst, West Sussex, who lost £20,000 to a romance fraudster said: “I thought I had found someone I could really connect with, who understood me, accepted my complex situation, had a beautiful romantic way with words, and showed insights into what I believed were shared experiences.

“Money came into the conversations, and to begin with I was very cautious, having heard about such scams.  We all know never to click on links in unsolicited emails, give out bank details or personal information to people we don’t know or trust, and I didn’t think I could fall victim like I did.  But the level of detail was such, and the timeline related to real world events, and my questions and doubts all received realistic and plausible answers, that I sent money as requested, believing that it would benefit many people, my family included.

“The turning point came when I showed his photo to a friend, and her friend explained that it had to be an old photo due to the uniform being worn at the time it was taken.  Then another friend asked if I had done a reverse image search, which I had never heard of, but brought up all the photos I’d been sent, along with messages that were very similar to some I had received, clearly scripted.

“I reported my story to the Police, who have been very helpful and supportive.  It seems I am in the minority in that I believe this is a scam – many others sadly continue to believe their contact, having invested more time and money than I did, however bizarre their stories.  They assure me that although I feel stupid, these people are so highly skilled in manipulation and IT that many people just like me fall victim to them all the time.  As well as money I have lost self-confidence, struggle to hold myself together day by day, am forgetful, and can no longer trust my gut instincts.”

Thankfully, after the victim explained her situation to the bank they agreed to refund the money in full.

Detective Chief Inspector Rob Walker, from Sussex and Surrey Police’s Economic Crime Unit, said: “Romance fraud is a dreadfully exploitative crime which preys on people’s desire to connect with others and has a devastating impact on victims. Victims can sometimes feel too embarrassed to come forward but we would encourage anyone who has experienced any type of fraud to report it to us so it can be investigated.

“Our priority is identifying and supporting victims of romance fraud with our dedicated victim caseworkers, our peer support group for victims and our year-round activity to raise awareness of fraud.”

T/Detective Chief Superintendent Alex Rothwell, from the City of London Police, said: “Romance fraud is a devastating crime that impacts victims both financially and emotionally. It is a crime that we in policing across the UK, are committed to tackling with help from key partners. Through this campaign we want to empower people to understand what to look out for and feel confident that if they have fallen victim to a fraud, to report it to us.

“Criminals are experts at impersonating people. They spend hours researching you for their scams, especially when committing romance fraud. We’re reminding everyone to stop and think: fall for the person, not the profile, it could protect you and your money.”

Here’s how to spot the signs of romance fraud and keep your money safe:

No matter how long you’ve been speaking to someone online and how much you trust them, if you haven’t met them in person do not:

During October, the City of London Police, the national lead force for fraud, will be co-ordinating enforcement activity across the UK and overseas, to target, and ultimately arrest, criminals suspected of committing romance fraud. It is also working with money transfer companies such as Western Union and MoneyGram, to roll-out an initiative first introduced by Sussex Police, across the whole of the UK, whereby any money transfer from overseas can be blocked if it is suspected by the authorities to be the result of a romance fraud.

As part of the campaign, The Match Group, who own OK Cupid, Plenty of Fish, Tinder and Match.com, are running romance fraud protection adverts throughout October on these platforms, to inform their users how to spot the signs of a romance fraud and how to protect themselves online.