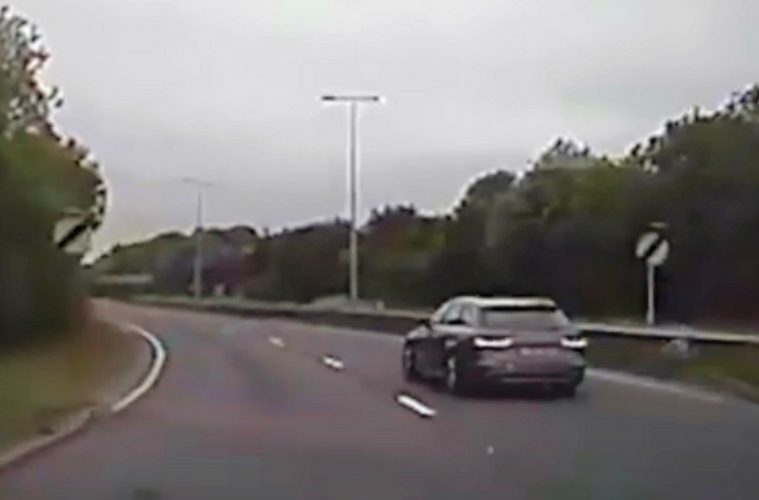 150mph lockdown driver on A27 disqualified

A MAN caught speeding up to 150mph during the first lockdown has been disqualified from driving.

A video has been released by Sussex Police after the driver was convicted in court.

It demonstrates our ongoing commitment to keeping everyone safe on our roads, and dealing robustly with anyone who compromises the safety of themselves or others.

The footage was captured by PC Andre Owen, of the Roads Policing Unit, who was on routine patrol on the A27 on the evening of 10 May.

While travelling eastbound towards Lewes, the he was overtaken by two vehicles travelling well in excess of the 70mph national speed limit.

One car slowed as he caught up with them, but the other continued to reach speeds of up to 150mph.

PC Owen indicated for the Audi A6 TDI to pull over, which it did, and the driver was identified as Maeteusz Kryskow, 33, of Windmill Road, Polegate.

He was reported for summons to face a charge of dangerous driving, and at Brighton Magistrates’ Court on 25 November, he was disqualified from driving for 20 months. He must take an extended re-test should he wish to drive again.

He was also given a community order, requiring him to carry out 80 hours of unpaid work, and ordered to pay £85 costs and a £95 victim surcharge.

Chief Inspector Michael Hodder, of the Surrey and Sussex Roads Policing Unit, said: “I am appalled by the manner of driving demonstrated by the defendant. It’s extremely fortunate he did not seriously injure or kill himself or someone else that day, and his actions can only be described as reckless, dangerous and completely irresponsible.

“There may have been fewer vehicles on the roads during lockdown, but that had absolutely no bearing on our decision to prosecute the driver – speed kills, and it’s an offence we take extremely seriously.

“Travelling at such a high speed significantly reduces your braking distance, and the faster you drive, the less time you have to react if something unexpected happens. It also massively reduces your chances of surviving a crash.

“Our officers are highly skilled and receive regular training to respond to incidents such as this, as part of our ongoing commitment to reducing the number of people killed and seriously injured on our roads.”

Speeding is one of the five most common causes of fatal and serious injury collisions in the UK.

In Sussex last year, there were a staggering 1,395 speed-related collisions which resulted in injuries. Of these, 315 were serious injuries and a further 18 were sadly fatal.

Chief Insp Hodder added: “We ask all road users to obey the speed limits and remember that they are a limit; not a target. Slowing down could save a life.”