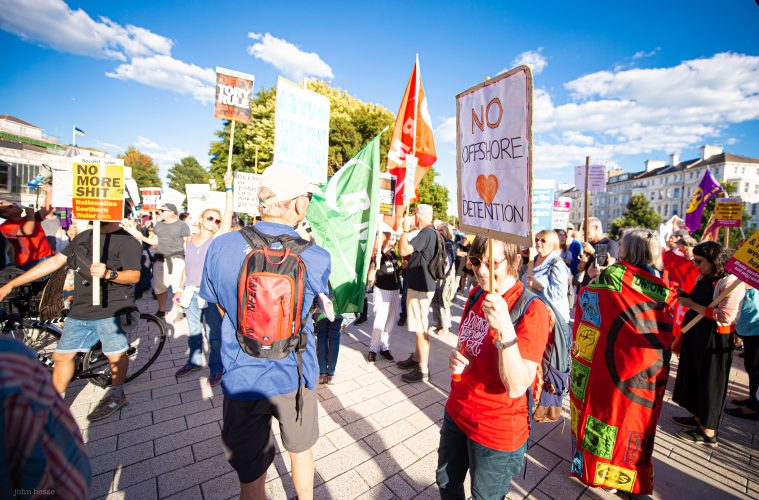 200 protestors gather to demo against Liz and Rishi

200 protestors gather to demo against Liz and Rishi

IT’S estimated there were 200 people protesting outside the Eastbourne hustings last night at the Devonshire Quarter.

They ‘came to show their disgust at the way the Tories are carrying on… wrecking havoc on our country and putting profit before planet and people. Shame on them. In another age they might be trialled for crimes against humanity and against the planet.’

The Conservative Party Hustings drew a lot of attention as it was the only hustings in the South East, so protesters, media and party members were all out in huge numbers.

Caroline Ansell and her husband Nick greeted party members and guests into the Welcome Building.

There was a lot of booing and chanting from protesters outside.

Dan Wooton from GB news and the Daily Mail was covering the story outside, as were Joe.co.uk the popular online publishing journalists. Josh Babarinde OBE was also there.