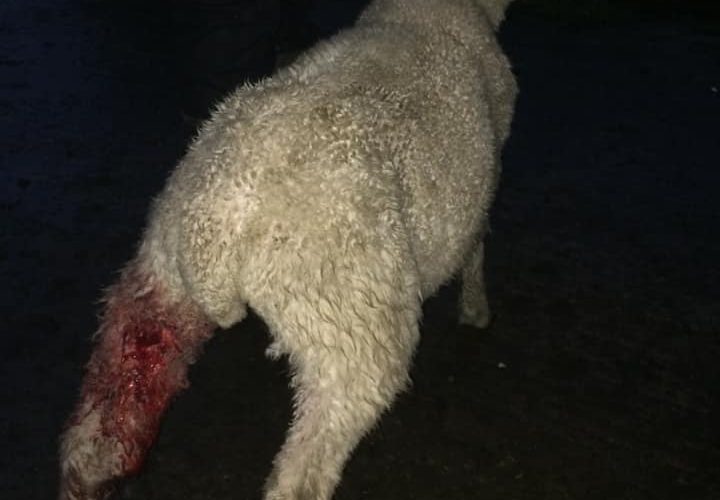 WHAT a shocking picture!

This lamb has been attacked by a dog.

“My viewers might get tired of these posts but the call to have better control of your dogs goes out once again.”

Back in July we reported that Chalk Farm in Willingdon has seen eight attacks on its livestock this year alone.

Henry, a farmer at Chalk Farm, Willingdon, said the farm sees “continuous harassment” of its livestock by dogs.

Henry said: “The population of dogs has increased immensely over the years. Part of our farm is at ‘Butts Brow’ which is a Site of Special Scientific Interest. It attracts many locals to walk here with a vast majority having one or many more dogs with them.

“There seems to be a disrespect when people arrive in the countryside. They forget that they are entering a workplace, a food bowl for our nation, a conservation area for our native wildlife – all of which the farmers are custodians of.”