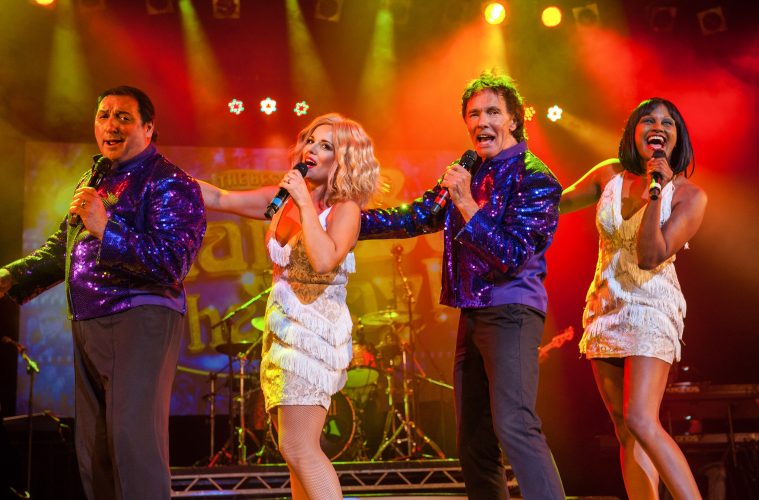 35 YEARS AND STILL ROCKIN’ AROUND THEIR STOCKINGS!

35 YEARS AND STILL ROCKIN’ AROUND THEIR STOCKINGS!

THAT’LL BE THE DAY; CHRISTMAS SHOW

The UK’s favourite Rock’n’Roll show is given a festive make-over as That’ll be the Day Christmas Show is heading to the Congress Theatre, Eastbourne for two nights on 14 and 15 December for a night of Christmas songs and comedy as their 35th anniversary celebratory year comes to a close.

The festive version of the treasured show is always a season highlight for fans and to meet demand this year the gang are at the Congress for two nights! Get in the party mood and kick off your festive celebration with a fun, fast, fabulous two-hour show, it’s everything you ever wished for on your Christmas list.

Unashamedly nostalgic, That’ll be the Day takes its audience on a sleighride through the ‘golden’ age of Rock and Roll Christmas hits plus traditional yule-tide songs. Refreshed every year audiences know what to expect from this fast-paced show, lots of laughs, plenty of music and smiles that will stay with you well into the new year!

Over a million people have seen That’ll be the Day since it began back in 1986, and the show remains true to its original concept; mixing brilliant vocals and superb musicianship with impersonations and hilarious comedy routines. Audiences are sure to be left feeling full of Christmas spirit – whether they’ve been to the bar in the interval or not!

It is the perfect early Christmas present (even if you haven’t been 100% good this year) and pre-festive treat for loved ones. Packed with costume changes, an uplifting revisit to favourite festive hits and there’s surprises aplenty as the team of 10 work their socks off to bring the most festive-feel-good show around.

Book now for That’ll be the Day; Christmas Show at the Congress Theatre, Eastbourne, Tuesday 14 and Wednesday 15 December at 7.30pm. Tickets priced at £28.50 can be purchased from box office on 01323 412000 or book online at www.eastbournetheatres.co.uk