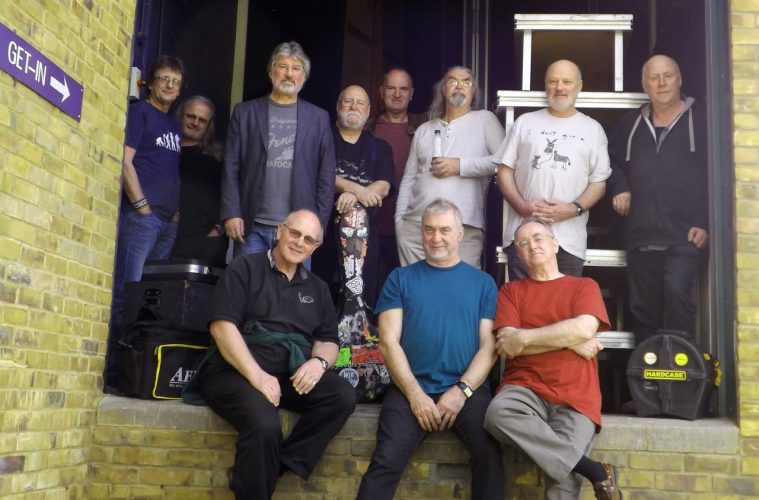 A Feast of Fiery Fiddles, Hot Jazz, Western Swing and Sweet Soulful at the Hailsham Pavilion

A Feast of Fiery Fiddles, Hot Jazz, Western Swing and Sweet Soulful at the Hailsham Pavilion

A joyous three hours of pure magic from this celebrated twelve piece collective that includes Fairport Convention’s Chris Leslie, Steeleye Span’s brilliant bowman for many years, Peter Knight and a host of our finest fiddlers who stand in front of a sizzling back-line of rock guitars, keyboards, saxophones and drums.

Bringing you Sweet Soulful Music and a Rockin’ Good Night

These days Andy Fairweather Low is often referred to as the Musicians Musician and there is every good reason, for since all of those hits of the early Amen Corner days, he has consistently performed with more artists than most people can name, including, Eric Clapton, George Harrison, Bob Dylan, Jimi Hendrix, The Band, Elton John, Roger Waters, BB King, Jeff Beck, Van Morrison, The Who and Bill Wyman.

And the members of the band, the Low Riders, they too have been around the block, performing and recording with many of the stars shown above, along with amongst others, Paul Carrack,

The Hot Club of Cowtown

From the bright lights of the Grand Ol’ Opry to Glastonbury and festival stages worldwide, touring with Bob Dylan and Willie Nelson, the multi award winning Hot Club of Cowtown have become the premier ambassadors of Hot Jazz and Western Swing through the unstoppable power of their breath-taking live show.

Something magical happens when the sultry hot jazz, made famous by Django Reinhardt and Stephane Grappelli, meets the hard-driving Western swing sound of the early string bands of the American Southwest.

Romantic and rhythmic, happy-making and heart-breaking, sophisticated and elegant while still down-to-earth and rugged. Seats £27.50

Seats bookable at the HailshamPavilion