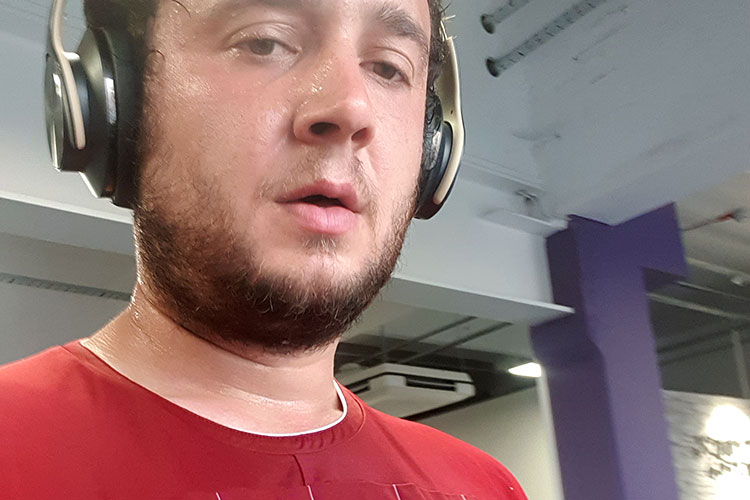 A DAD is running next month’s Beachy Head Marathon in memory of one of his twins who died from a rare condition in January.

Finnley and Quintin Greavey were healthy twins until a sudden diagnosis at 18 weeks into the pregnancy of an illness that affected twin to twin transfusion.

Quintin was getting too much nutrients which was placing pressure on his heart while Finnley was getting too little, leaving him malnourished and with little space in the womb to grow.

In spring 2019, they underwent Laser placenta abrasion to separate them in Kings College London.

Parents Joshua and Elysia, 22. were then told ‘our twins would not make it and it would be repeated to us daily for the next seven months.’

Finnley passed away in January due to being unable to recover from his bad start to life with his lung disease and his reliance on painkillers. He had survived for seven and a half months but went downhill after the first two months.

Now Joshua, 29, a support worker from Roselands, is running the marathon to raise money for the Rockinghorse charity, based in Brighton, which supported the family.

Joshua said: “For any parent that has a premature baby or is in a high-risk category, it is constant heart wrench but the staff at the Trevor Mann Baby Unit’s’ overwhelming support kept our hopes up.

“The twins had many operations in the process, laser surgery before they were born, and then both had laser eye surgery, one had heart surgery one had a hernia operation.

“God even knows all the ‘smaller” things like mri scans, blood clots, brain bleeds, nearly losing an arm, seizures and ecg test, blood transfusions, the 1000 times they both nearly passed away but they were always saved by the true super heroes of the world.

“Finnley could never kick the drugs and recover from lung disease at the same time but he did get to spend some time with his twin and mum for a week before he passed, which was so special.

“Quintin is doing amazing and is still checked all the time by the hospital.

“You do all of this stuff alone to due to the fact you have another kid at home and need to work to pay bills.

“Our sons were true fighters and the love and care the nurses and doctors held for them kept them going.

“They saved their lives countlessly and were always in their corner fighting for them.

“This is why I’m running for this amazing charity, to give back what they gave us.

“Everyone involved in this kind of journey truly are gods amongst men.”

To sponsor Joshua, go to https://www.justgiving.com/fundraising/joshua-greavey1?fbclid=IwAR3yPwSJlJXxi5PTs41RSg7C4gFpolaRB0QXXjWoo5Ka_zihv07w3FvRt40