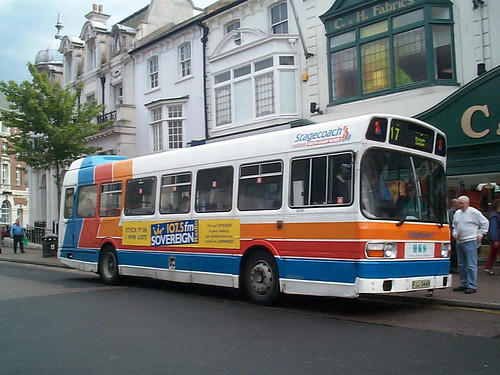 ‘Ambitious’ plans to improve bus services around East Sussex have been endorsed by a senior county councillor.

On Monday (October 25), Cllr Claire Dowling, East Sussex County Council’s lead member for transport and environment, gave her backing to the aims and objectives of the authority’s Bus Service Improvement Plan (BSIP), ahead of its submission to government this week.

Drawn up in response to the government’s Bus Back Better strategy, the plan sets out the council’s strategy to significantly increase bus use around the county by improving the overall network, making it more reliable, more affordable and more accessible.

While these may be straightforward aims, the full plan is a complex and wide-ranging document, which includes plans for reformed ticketing, route changes and the construction of new mobility hubs around the county.

“I was pleased to be able to approve the aims, objectives and proposals contained in our very ambitious Bus Service Improvement Plan which is an important step in the process of improving the bus network in East Sussex and creating a more reliable, accessible and affordable service for our residents and visitors.

“As well as helping people to access work, training and education, and supporting the tourism economy, improving bus services will help to reduce congestion on our roads, make a positive contribution to decarbonisation and help to improve air quality.

“The plan, which will be submitted to the Department for Transport this week, includes 17 ambitious proposals which will require Government funding to implement.”

The strategy was also welcomed by the council’s Liberal Democrat and Green groups, with both parties emphasising

“We welcome the amount of work and attention given to this important plan.

“Officers and stakeholders have worked round the clock to bring forward an ambitious proposal that brings investment to our bus service. We must work together to increase bus usage for passengers.

“It is really important that our bus service is invested in for the future and we hope that central government back our plans with the finances they will require”.

“I sincerely hope we get all the money bid for. A great bus service encourages people out of their cars and increases active travel.

The Labour Party was more guarded in its support, however, raising concerns about the council’s environmental ambitions.

“I welcome the aims of the report, it’s vital bus usage grows significantly immediately. But these improvements need to cover the whole county, with extra focus on those areas this administration has failed.

“Reading the report, there is hope that some local transport inequalities will be addressed. However, yet again the Conservative administration is in full climate change denial mode, parroting the 2050 carbon neutrality target.

“Bearing in mind Brighton and Hove buses want zero emissions by 2030, this Conservative administration is in danger of getting left behind.”

Perhaps the biggest change proposed within the BSIP is the replacement of many traditional bus routes with Digital Demand Responsive Transport (DDRT) schemes.

In simple terms, these DDRT schemes would see fixed bus routes replaced with routes which change day-to-day based on passengers booking pick ups and drop offs.

In total, the plan lays out proposals for 13 such schemes, which would cover the whole of the county apart from Eastbourne and Hastings (although both towns would be expected to have DDRT schemes operating within parts of them).

Many of the non-DDRT routes which remain could also see some significant changes, with the services to run more often and into the evenings in many cases.

Another major change proposed would be the introduction of a discount scheme for under-30s, similar to the older persons’ bus pass. This could see younger people pay an annual fee (between £250 to £350 depending on their age) for unlimited bus travel within the county.

The plan also proposes measures to make buses more punctual. As part of this, the plan would see the council invest in ‘bus priority’ works across the county, intended to make buses run more efficiently. These could include new bus lanes or traffic light priority works (where green lights favour buses) at key junctions.

On top of this, the plan lays out proposals for the council to create 11 ‘mobility hubs’ in towns across the county, which would act as interchanges both for buses and other forms of transport.

The overall BSIP comes in response to the government’s Bus Back Better strategy, which requires councils to create such documents to secure funding.

If approved and adopted, the strategy would begin in 2022/23. For its first year, the council’s strategy would focus on bringing bus usage back up to pre-pandemic levels and assessing how demand may have changed as a result.

In the long term, the aim would be to increase passenger numbers and to significantly increase the bus network’s performance against a range of criteria.