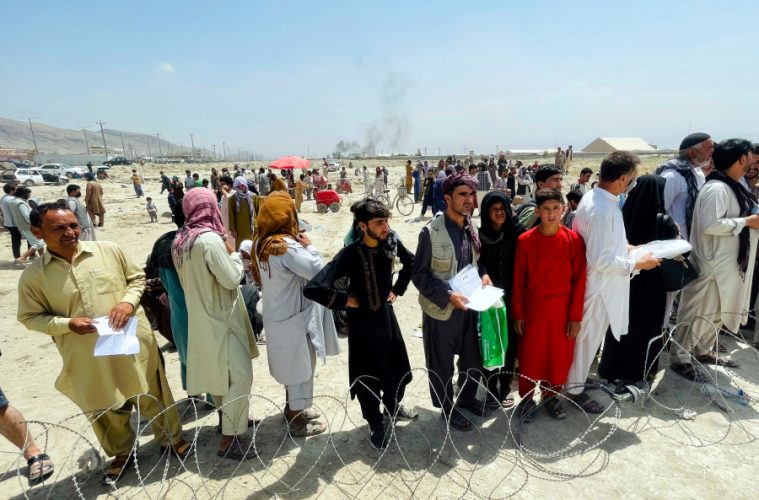 We know that you will be watching the continuing crisis in Afghanistan with horror. It is difficult to know how to take action to help, but we are part of a working group trying immediately to evacuate female Afghan athletes, by putting pressure on various sporting bodies as well as our own Government.

The situation is fast changing and a campaign headed by Kelly Lindsey (former coach of the Afghanistan ladies team) is asking for a further urgent push by supporters to contact FIFA specifically. The current situation is this:

In the last few days about 80 female athletes and some family have been evacuated but there are a number of youth national team players to evacuate who cannot leave Kabul without a guardian (14 year olds and under must travel with a guardian) and so visas are desperately needed for family members to accompany these girls. Kelly Lindsey is now asking supporters of the campaign to email FIFA specifically and ask them to exercise their power and put pressure on governments to issue visas urgently. The window with which to do this is extremely tight now.

So please send FIFA a short email demanding that they put pressure on governments to provide the necessary visas to support the evacuation of the remaining female athletes who need a family guardian to enable them to leave the country.

Please email FIFA as soon as possible and forward this request to anyone you can think of who is likely to support and endorse the campaign.

The email addresses for FIFA are as follows:

Secretary General: SecretaryGeneralOffice@fifa.org
President: president@fifa.org
Secretary General: fatma.samoura@fifa.org
Head of Women’s Football: sarai.bareman@fifa.org
LOSRAS has sent messages to the four Fifa officials as well as to Oliver Dowden MP (Secretary of State for Digital, Culture, Media and Sport) and Maria Caulfield MP for Lewes, urging them to act as quickly as possible as there is a very small window of opportunity to get these women to safety.

We have been specifically asked by the people spearheading this campaign to help by adding as many voices as possible.

We are urging LOSRAS supporters, and any of your own contacts to send the following emails to:
(1) four people at FIFA and
(2) the Government – both your local MP and the Secretary of State for Sport.

If your MP is not Maria Caulfield you can find their contact details by going to members.parliament.uk and putting in your postcode.

This is a very time critical campaign as these women are already being targeted by the Taliban.

Thank you very much indeed for your help and support.