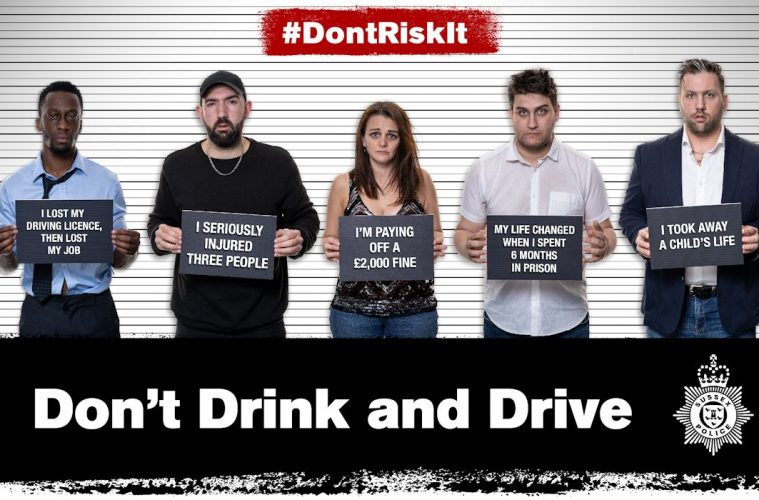 Sussex recorded a 20 per cent rise in the number of people arrested for drink or drug driving during this year’s annual winter crackdown by police.

Hundreds of motorists ignored the risks posed and were arrested as part of the month-long campaign which runs from December 1 to January 1.

Chief Constable Jo Shiner, who is also the National Police Chiefs’ Council lead for road policing, said it was alarming that 58 of the arrests were made following collisions on our roads.

“Our officers have heard all the excuses but there is no excuse for drink and drug-driving – that 58 arrests were as a result of collisions demonstrates the behaviour and its link to roads safety,” she said.

“The selfish minority who do so are putting their own safety and the safety of everyone else at risk.

“The arrests we have made in our campaign show our officers are determined to catch offenders, and those suspected, and keep our roads safe.”

Sussex Police is determined to reduce the number of people who are killed or seriously injured on our roads each year, with drink or drug-driving being one of the “fatal five” causes of fatalities.

It has also invested extra resources in roads policing with additional officers in 2020 and the introduction of the Specialist Enforcement Unit, a dedicated team to target criminals using the road network.

Chief Inspector Michael Hodder, from the Surrey and Sussex Roads Policing Unit (RPU) said: “These statistics are really disheartening – although most road users are conscientious and law-abiding citizens, there is a stubborn minority of people who refuse to comply with the law. Not only is this putting their own lives at risk, but also other innocent people’s lives as well.

“These people may think that nothing bad is going to happen to them, but in reality even a small amount of alcohol or drugs can impair your judgement and seriously increase the risk of you injuring or killing yourself or someone else.

“Those that have been arrested and convicted as part of this campaign will be publicly named on our website and social media platforms.”

Sussex Police and Crime Commissioner Katy Bourne said: “The figures from Sussex Police’s Christmas drink and drug driving campaign show that five per cent of the 4,500 drivers stopped during the period were arrested after showing a positive test result.

“With hundreds of thousands of vehicles using our roads day and night this could mean that thousands of people are taking the roads unfit to drive. “

These reckless and selfish drivers need to be called out by their friends and peers and family before they wreck another family’s future forever.

During the campaign, Sussex Police highlighted the experience of the daughter of a man killed on the road by a drink-driver.

Nicola Bailey described the pain of losing her father Nicholas Bailey, 74, a motorcyclist who died in Crawley Down when he was struck by drink-driver Kevin Pratt.

She said: “Mine and my family’s lives have been smashed apart. The pain and grief of losing my Dad in such an horrific manner is both unbearable and indescribable. It is complete and utter devastation.”

Nicola supported the Sussex Police campaign to warn anyone getting behind the wheel of a vehicle under the influence of drink or drugs not to do so.

You can read more about her story here.

Sussex Police officers’ work to stop drink and drug drivers continues all year round, and officers will continue to be on patrol to stop selfish motorists who put the safety of themselves and other road users at risk.

The campaign is supported by the Sussex Safer Roads Partnership and DriveSmart in Surrey.