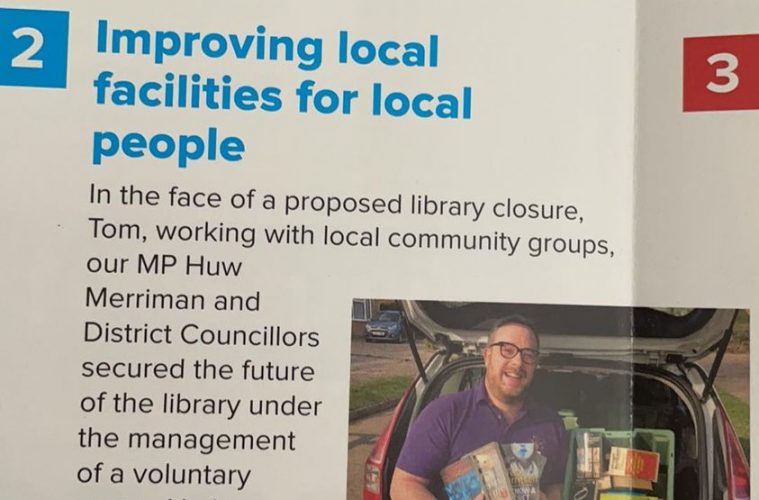 Are the Tories lyeing about their role in saving Pevensey Bay library?

Are the Tories being honest about their role in saving Pevensey Bay library?

A ROW has broken out between the Tories and the LibDems over what is contained in an election leaflet.

The Tories are claiming they played a huge role in the saving of Pevensey Bay library.

It claims Tom ‘secured the future of the library,’ albeit it with a few others.

Absolutely not true says the management of the voluntary group which saved the library.

One of the management team has been Helen Burton. She’s standing as a LibDem in Ratton.

She called Tom’s claim ‘unbelieveable’ and said: “Tom Liddiard did donate some books, but that’s it!!”

She said: “Unbelievable! I would just like to point out that NO local politicians secured the future of Pevensey Library. Conservative run East Sussex County Council voted to remove funding and close the library, along with six others.

The CIC I founded in 2016, Volunteers Network, saved this library (I wrote the business plan myself), and local volunteers have kept it going ever since. It’s infuriating to see it used as propaganda on a Conservative leaflet.”

So Tom, feel free to come back with your justification.