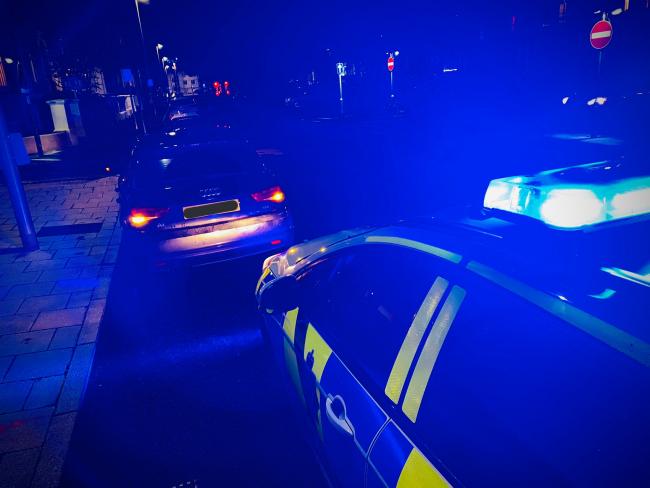 AN Audi driver in a hurry to pick up a chicken burger had his car seized by police last night.

This was in Devonshire Place and police stopped him in Hyde Gardens.

The car was seized as the driver was not insured. He already had points on his licence.