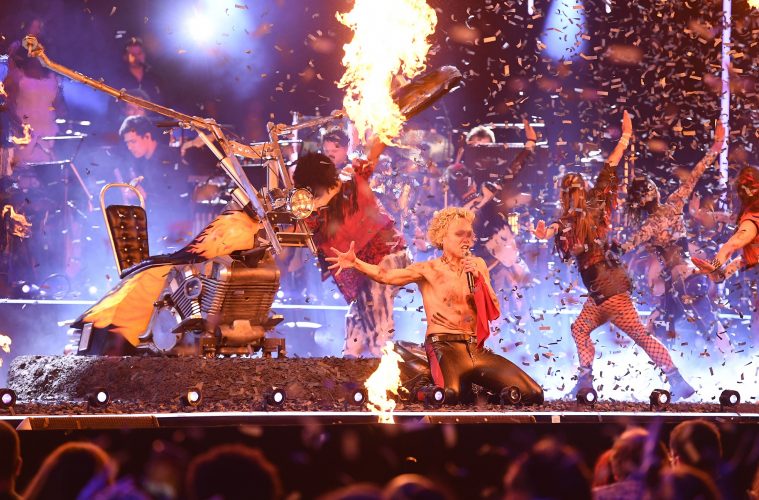 The Beat is Yours Forever

BAT OUT OF HELL – THE MUSICAL

On 20 January the world said goodbye to the legendary rock star Meat Loaf, he leaves behind an incredible back catalogue of songs, and millions of fans who will always treasure the music that he gave to the world. The West End and international award-winning hit musical based on those songs, Bat Out Of Hell – The Musical, is currently touring the UK and comes to Eastbourne’s Congress Theatre from 24 – 28 May 2022.

The news of his passing is something which has given special resonance to this musical, which on Saturday night will form part of the line-up for the National Lottery Big Night of Musicals, presented by Jason Manford on BBC1 on Saturday 29 January at 7pm. The company viewed this as a fitting tribute to the rock megastar and presented an incredible spine-tingling performance which was the stand-out of the show.

Producers of Bat Out of Hell The Musical said: The company of Jim Steinman’s Bat Out of Hell the Musical here in the UK is deeply saddened to hear of the passing of their great friend and producer, Meat Loaf. He was with us when the show first launched in London at the Coliseum and in Manchester at the Opera House back in 2016 and then came to the show at the Dominion Theatre in London on 25 July 2018.

The musical also ran successfully in Canada, Germany and at New York’s City Centre in 2019. It won the Radio 2 Audience Award for Best Musical at the Evening Standard Awards and was nominated for no less than 8 WhatsOnStage Awards, including Best New Musical.

For the stage musical, the legendary and award-winning Jim Steinman incorporated iconic songs from the Bat Out Of Hell albums, including You Took The Words Right Out Of My Mouth, Bat Out Of Hell, I Would Do Anything For Love (But I Won’t Do That) and Two Out Of Three Ain’t Bad, as well as two previously unreleased songs, What Part of My Body Hurts the Most and Not Allowed to Love.

In Bat Out of Hell – The Musical, the electrifying rock songs of Steinman propel an epic story of rebellious youth and passion as Strat, the immortal leader of The Lost, has fallen in love with Raven, the beautiful daughter of the tyrannical ruler Falco.

See National Lottery Big Night of Musicals this Saturday BBC1 on Saturday 29 January at 7pm and afterwards on iPlayer. The show will then be presented on BBCRadio2 from 1pm on Sunday 30 January.

The UK & Ireland Tour of Bat Out Of Hell – The Musical is produced by David Sonenberg, Michael Cohl & Tony Smith, with executive producer Julian Stoneman.