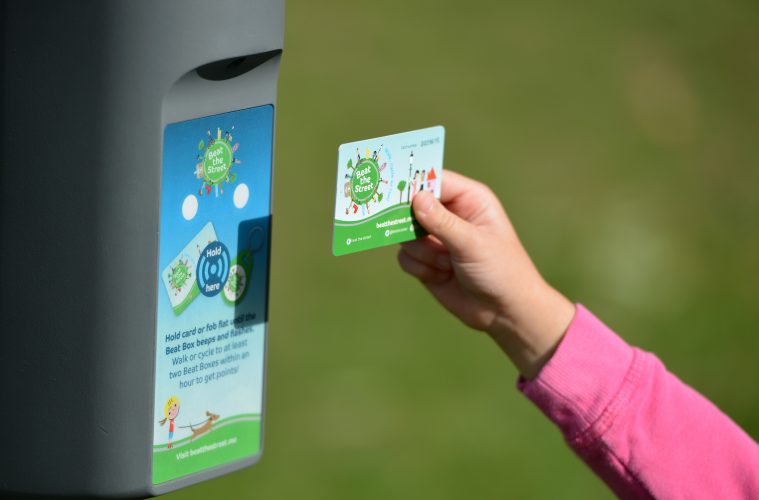 THE final push for points has started as Beat the Street, the giant game taking place across Eastbourne, draws to a close.

From today (Wednesday 28th October) to the end of the game (Wednesday 4th November) is Eastbourne’s Go Celebrate week. To encourage players to make one final push, the organisers behind Beat the Street have announced that every Beat Box in the game will be giving out double points during the final week.

The game will come to an end at 7pm on the 4th November when the leaderboard will then be taken down and the winners announced shortly after the competition.

More than 8,800 people have signed up and have together travelled an incredible 103,000 miles so far in the competition. There are separate leaderboards for school, community and workplace teams. Each has a scoreboard for a total points and average points with prizes of a trophy and £200 in vouchers for books, sports or fitness equipment on both. There are £150 and £100 in vouchers plus a certificate for the second and third placed teams on each leaderboard.

Tilly Howarth, local coordinator for the Beat the Street Eastbourne game is asking players to send in photos they have taken during the game.

She said: “We are now moving into ‘Go Celebrate Week’, the final week of Beat the Street! To celebrate, we will be exhibiting photographs of players’ favourite scenes of Eastbourne whilst out playing the game. The photographs will be exhibited in a central Eastbourne location, throughout November. To take part in the exhibition please send in your photographs via social media or to tilly.howarth@intelligenthealth.co.uk”

Cllr David Tutt, leader of Eastbourne Borough Council, said: “It’s been fantastic to see so many people out and about playing the game. Beat the Street has brought Eastbourne together as a community and has really helped people of all ages to make positive behaviour changes which is more important than ever while we’re living with COVID-19.”

For more information on the leaderboards and bonus events, click onto www.beatthestreet.me/eastbourne

Beat the Street is being delivered by Intelligent Health and is funded by the National Lottery on behalf of Sport England, Eastbourne Borough Council, East Sussex County Council Public Health, South Downs National Park and eDEAL.