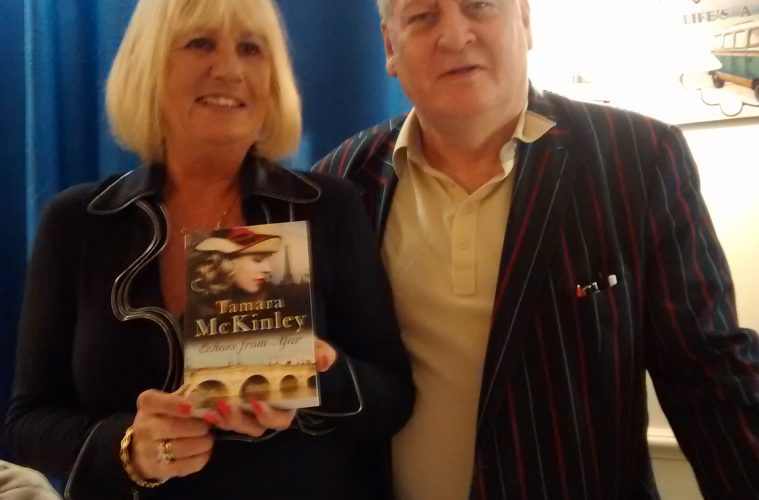 Tamara McKinley, a Sunday Times best-selling author with the Cliffehaven series written under the name of Ellie Dean, has announced she is retiring.

Eastbourne resident Tamara, who has achieved world fame with sales of more than 2,000,000 copies, lost her husband Ollie Cater on December 6th, 2020 after he was diagnosed with pancreatic cancer in September 2019 and complications followed an operation.

This week Tamara issued the following statement from her home in Jevington: “The time has come to say goodbye. I am retiring from writing. The past 18 months have taken their toll and I just don’t have the fire or the energy any more.

“Thank you to my friends and readers. I’ve had a wonderful career spanning 25 years which produced over 30 books that sold world wide. I couldn’t have done it without my loyal fans. Stay safe. Ellie/Tamara.”

Tamara is patron of Anderida Writers, whose chairman Tony Flood commented: “Her many thousands of readers worldwide will be very sad, but also extremely grateful that she has given them so much pleasure.

“She has enjoyed a fantastic writing career and been an inspiration to both readers and fellow authors. She’s given great encouragement to members of Anderida Writers, where she was once chairman, and her advice was so helpful to me when I wrote my latest crime thriller Stitch Up! – Killer or Victim. “Now she can take a well earned rest from the stresses and strains of meeting deadlines after doing extensive research on every one of her books.”

The much-loved author is best known for her war-time romances written under Ellie Dean. But one book, penned under her own name, turned her life around. She was facing bankruptcy and had bailiffs banging at the front door of her then home in Seaford. Amazingly, when her first published book, Matilda’s Last Waltz, came out in 1995 it changed everything and it has now sold over eight million copies.