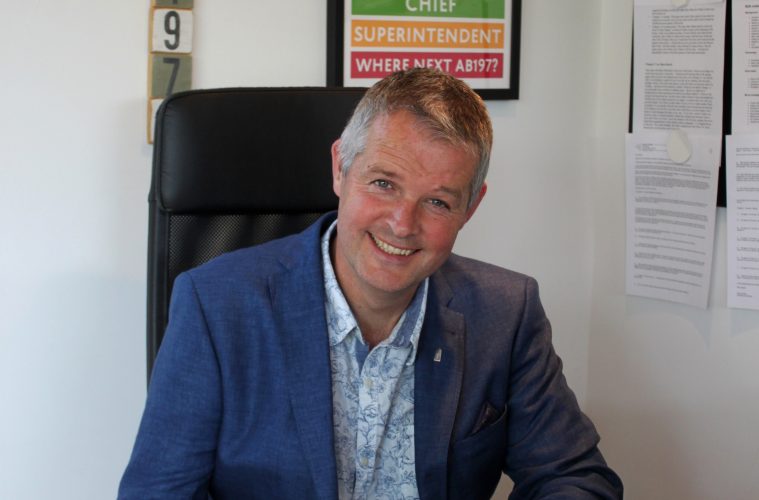 Best-selling author GRAHAM BARTLETT, a police officer for 30 years who became chief superintendent of the Brighton and Hove force, will be the guest speaker at Anderida Writers meeting in the Garden Suite of the Hydro Hotel, Eastbourne, on Tuesday (August 9th) at 7.30pm.
In addition to talking about his explosive debut novel Bad for Good, Graham, an advisor to some of the world’s top crime authors, will be giving tips on police procedures – and revealing those that TV programmes often get wrong!
Bad for Good, which has soared to No. 12 in the hardback charts, is utterly gripping and marks the start of an incendiary new series set in Brighton, centring on a murky world of vigilantes and corruption.
The murder of a promising footballer and son of Brighton’s Chief Superintendent means Detective Superintendent Jo Howe has a complicated and sensitive case on her hands.
The situation becomes more desperate following devastating blackmail threats. Howe can trust no one as she tracks the brutal killer in a city balanced on a knife edge of vigilante action and a police force riven with corruption.
Graham entered the Sunday Times Top Ten with his first non-fiction book, Death Comes Knocking – policing Roy Grace’s Brighton in 2016. He followed that up in 2020 with another non-fiction book, Babes in the Wood, the harrowing 32-year fight to bring a double child killer to justice. He co-wrote both these with international best-seller Peter James.