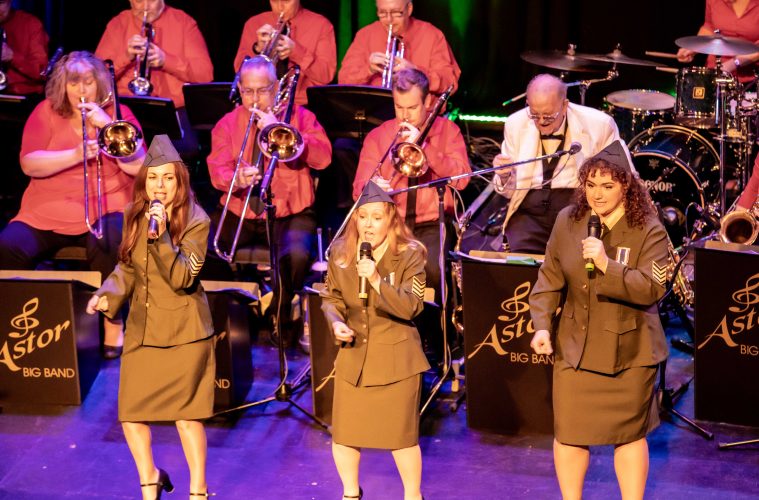 This special show is made even more so as all profits are being donated to the Royal British Legion!

Eastbourne can get In the Mood as the music of Glenn Miller swings into the Congress Theatre for an afternoon of toe-tapping music featuring the legendary American bandleader’s greatest hits.

The line-up includes at least 20 of Miller’s top hits plus the music of The Andrew Sisters, Vera Lynn and Frank Sinatra which raised the Moral of the Allies in 1944/5 plus a selection of songs from the Showboat to Chicago as Miller would have played them.

Audiences can expect to hear Miller’s signature Moonlight Serenade, Pennsylvania 6-5000 (for which the audience are sure to be encouraged to join in!), plus of course Tuxedo Junction, String of Pearls, (#1 hits of 1940 and ‘41), Chattanooga Choo Choo (which earned the first Gold Record ever awarded, for its sale of 1.2 million records in 1942) and the timeless classic In the Mood.

Eastbourne has a special, if slightly chilling connection, to the big band icon; It was a foggy, dank December afternoon when Glenn Miller’s plane was last spotted, flying over Beachy Head and into a mystery which is still yet to be solved.

After flying over the white cliffs of Eastbourne at 14.37 precisely, on course and on schedule to entertain the troops – the aircraft simply disappeared, forever. No sign of the plane was ever found, and Miller’s disappearance remains one of World War II’s most enduring mysteries.

The Astor Big Band was first formed in 1973 for a one-month engagement at the world-famous Astor Club in Berkley Square, London. It was so successful that one month was extended and the rest as they say is history!