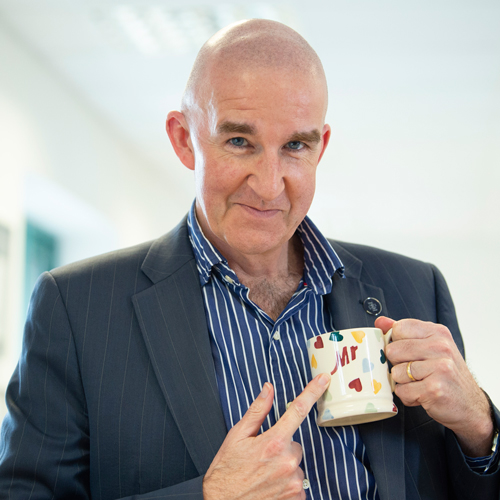 BIG changes have been announced at Cobb PR and Cobb Digital.

Eastbourne’s Tim Cobb has been the boss with Nik Askaroff the chairman.

Now there are major changes.

Cobb Digital is celebrating its eighth birthday with a new name, a complete image make-over and the arrival of a new design team.

The Brighton-based company has re-branded as Fox&Bear and will, for the first time, offer an inhouse creative design service for clients. Its team of 14 digital specialists has been joined by the creative team of Lisa Seymour and Nicola Schulz, formerly at Spoken.

Formed in 2013 through a highly successful collaboration between Tim Cobb and James Dempster, the company is now embarking on the next stage of its growth. Dempster said: “Today, we are delighted to announce that we are relaunching ourselves under a new name, adding a design arm, but still delivering what we do best – fantastic results to a wonderful army of clients.”

He said Fox&Bear now offered a concept to completion service for a client’s entire digital aims and ambitions. “We have traded very successfully under the Cobb Digital banner for eight years. It’s time for a fresh new brand to reflect our wider offering and take us forward through the next eight years.

“At Fox&Bear, we believe in telling stories powered by data. We live in a time that pushes data and insight on us at every turn, but without a powerful narrative this means nothing. Humans have been telling stories round a campfire for millennia, and while the campfire is less of a modern-day feature, Fox&Bear is a nod to the need to keep telling those stories and firing up the imagination,” Dempster explained.

Seymour added: “Like James, I believe in the power of storytelling, together we bring our clients’ campaigns to life. I’m so excited for the future of Fox&Bear and can’t wait to start writing the next chapter.”

Cobb said: “As Cobb PR celebrates 25 years in business, I am delighted to say that the relationship between the two companies has never been stronger.”