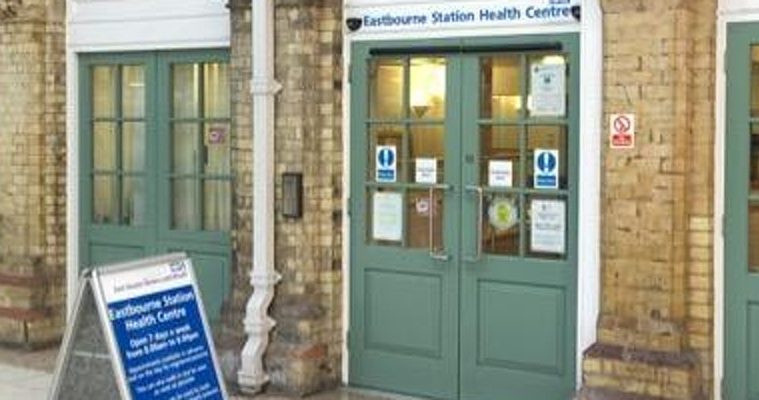 Eastbourne Station Health Centre will shut down in August

CAMPAIGNERS fighting the possible closure of Eastbourne’s NHS Walk In Centre have launched a fierce attack on health bosses.

A decision on the future of the centre is due in the coming weeks.

Lucetts Davies is from the East Sussex Save the NHS Campaign Forum and she is furious.

She said: “On Friday we met with people from the CCG to discuss the closure of Eastbourne’s walk-in centre.

We had asked for this meeting as alongside our petition and the huge public support for the centre staying open we had also identified many other important arguments.

We had raised these arguments at a meeting with the Review Board from East Sussex County Council Heallth Overview and Scrutiny Committee (HOSC) some time ago.

Unfortunately we left that meeting feeling they were simply refusing to consider the arguments at all.

Since then the Review Board report has been published which unsurprisingly advocated for the closure.

So, we approached Friday’s meeting feeling that somehow we had to get the CCG to at least respond to our arguments.

Sadly, although we are still to receive a written response to the arguments we presented we did hear a verbal attempt to justify the creation of primary care networks.

The creation of these networks is going to be forcing massive changes on the primary care services available in the town.

It is a significant factor that must be considered when we look at the impact of our walk-in centre closing.

After listening to the CCG’s ‘justification’ of how our primary care services will be changing I responded by saying that I felt what they said was nothing more than propoganda.

Their statement had twisted facts, concealed facts and fabricated facts.

I found it obscene that they responded with faux indignation telling me that they had ‘spent all their working lives supporting the NHS model’.

When we do receive their written response to the arguments we made I will write a full blog post about the meeting.

We should be able to expect much more from our elected representatives in HOSC and also those people who are involved with the CCG who have the power to protect our healthcare services.”

Health bosses insist all parties are being listened to. No final decision has yet been made.