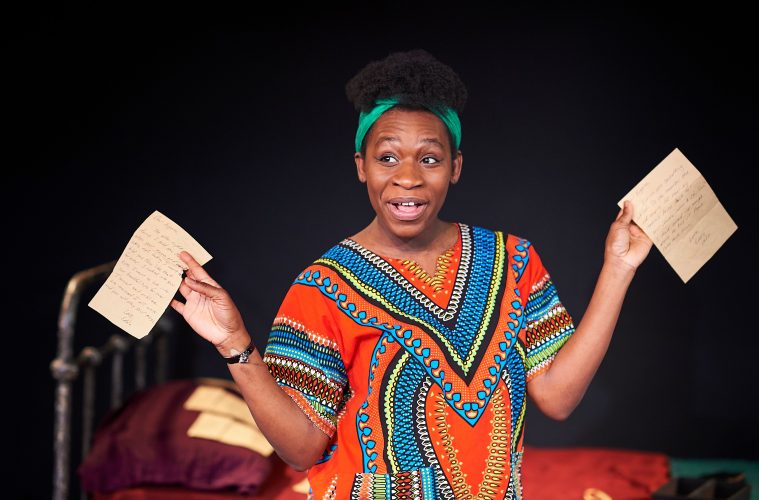 Black is the Color of My Voice: 30 June and 1 July at Devonshire Park

Black is the Color of My Voice: 30 June and 1 July at Devonshire Park

WILL BREAK YOUR HEART AND ENLIVEN THE SOUL IN EQUAL MEASURE

BLACK IS THE COLOR OF MY VOICE

A highlight in the Devonshire Park Theatre season is the return of the hugely acclaimed production Black is the Color of My Voice, written and directed by the phenomenally talented Apphia Campbell, which comes to the theatrefor two performances only on 30 June and 1 July.

Inspired by the life of the incredible Nina Simone and featuring many of her most iconic songs performed live. This powerful production will transfix audiences and comes to Eastbourne following sell-out seasons in Shanghai, New York, Edinburgh, and West End.

The show imagines a jazz singer reflecting on her life, holed up in a hotel room alone. From young piano prodigy to superstar diva at the forefront of the civil rights movement, with all the love, joy, tragedy and racism she experienced along the way.

Nina Simone was a cultural icon, an enigma with 40+ albums to her name, a jazz singer who fused gospel, and pop with classical music. Her US breakthrough came in 1958 with I Loves You, Porgy and subsequent album Little Girl Blue, which due to an ill-advised music deal left Simone at least $1million out of pocket from royalties as she sold the rights for just $3000.

Simone was a child prodigy who took to the piano keys aged just 4, by 12 she was presenting a full classical recital. During this performance, her parents were forced to move from the front row to the back so a white couple could take their seats. Simone refused to play until her parents could return to their seats, an event attributed to the beginning of her long hard-fought battle in activism.

Her body of work includes Feeling Good, My Baby Just Cares for Me, Young Gifted and Black, Put a Spell on You, Sinnerman and important protest songs including the seminal and haunting Mississippi Goddamned.

Apphia Campbell has been given the IASH playwrighting fellow for 2021 from The University of Edinburgh. She is originally from United States and graduated from Florida International University with a BFA in theatre performance.

Black is the Color of My Voice is a moving portrait of this incredible artist, a story of determination and survival which will break your heart and enliven the soul in equal measure.

Black is the Color of My Voice at the Devonshire Park Theatre, Eastbourne, Thursday 30 June, Friday 1 July 7.45pm, tickets from £19 with concessions available including child tickets £10 and under 25’s £15. To book call the box office on 01323 412000 or online eastbournetheatres.co.uk recommended ages 12+.