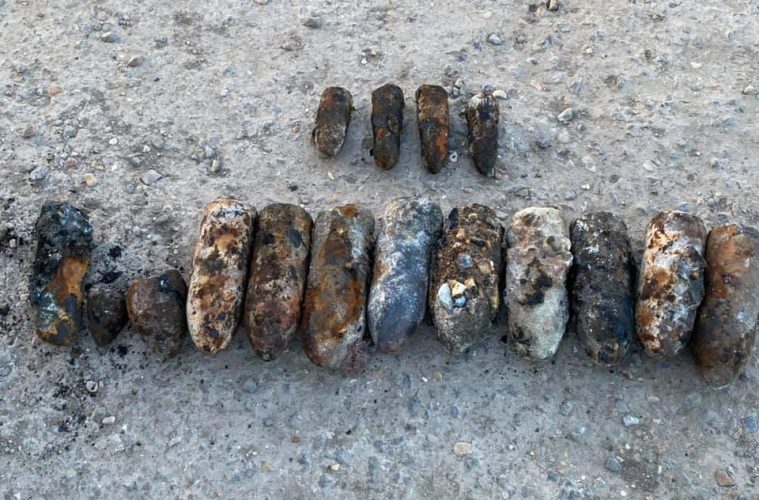 If you’re by the coast and find anything like in the picture, dial 999 and ask for the coastguard.

That is the warning from Birling Gap Coastguard.

They attended the area to reports of 8 items of suspected ordinance.

Upon arriving, 20 items were discovered with a handful being destroyed via a small controlled explosion.

It says: “We were tasked to reports of ordinance on the beach.

“Our team at Birling Gap, the Eastbourne team and the royal logistics corps bomb disposal team found 20 items, of which some are pictured.”