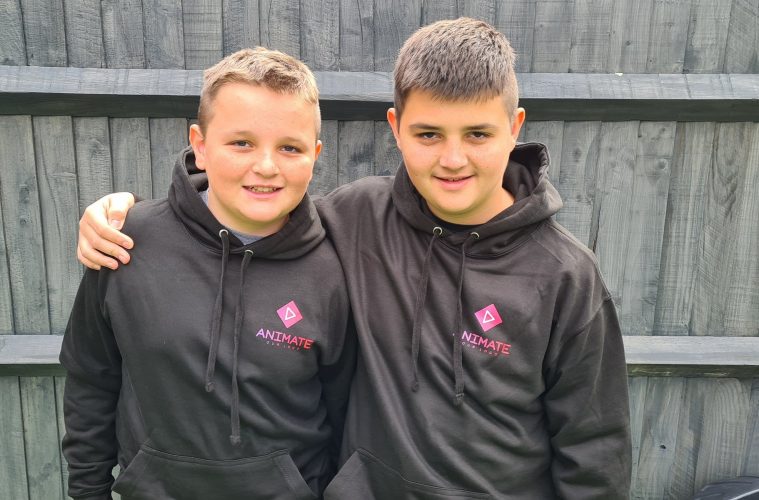 Jack and Harry are amazing brothers.

During Lockdown, they decided to launch their own online logo business.

They are aged just 15 and 12 but their project has taken off so much a bright 2021 awaits the Eastbourne pair.

Animate Our Logo creates an animated logo for businesses, both local and international, within a 72-hour turnover period.

This means each design is only sold for one month and as it expires is replaced by fresh content.

The boys are proud of what they have achieved but realise the road to success is a long one.

They said: “One of the first things we have learnt in business is that not all of the money is profit, so we are still paying for some of the set-up costs.

“Once we have paid for this, we would love to be able to buy a PlayStation 5 and then after that we plan on putting everything else in a savings account for driving lessons and a car when we are older.

“We have already had some amazing customers and reviews from them, and this makes us proud to live in Eastbourne.”

They were first inspired by the biographies of business figures such as Steve Jobs and Duncan Bannatyne.

Dad David Knight said the home-schooling period through lockdown had triggered the boys to have the idea for animated logos.

It has taken off massively.

Two winners of the BBC Apprentice have been in touch.

Joseph Valente, who won the show in 2015, connected with the boys online, and then posted about the business on his social media to an audience of thousands.

And Sarah Lynn, who won in 2017, became a customer for the boys after hearing about their business.

The boys explain: “We have recently created something called Animation Club.

“This is a yearly membership with lots of benefits. For only £97 the member will receive a brand-new animation sent directly to their email on the first of every month helping them to always have fresh social media content throughout the year.

“They also receive a bonus animation upon signing up meaning they receive 13 animations as well as a 50% discount against any other animations plus having the opportunity to join our members only Facebook networking group.

They have become the youngest ever Eastbourne Chamber of Commerce members and, via dad, belong to an Eastbourne based networking BNI group where they get to meet and speak with lots of other local business owners.

They are set to complete their second Diploma in the early part of 2021 which they have been studying via The Internet Business School.

They were given complimentary access by company owner and author Simon Coulson.

The boys go on: “We have sponsored a brand-new media platform called TALK BUSINESS WITH… which launches in early 2021.

“This will help give us visibility to a wider international audience of business owners and entrepreneurs.

“The YouTube channel and podcast already has a number of high-profile names signed up to take part and we are excited to be involved with this.”

They can be found at: Home – Animate Our Logo