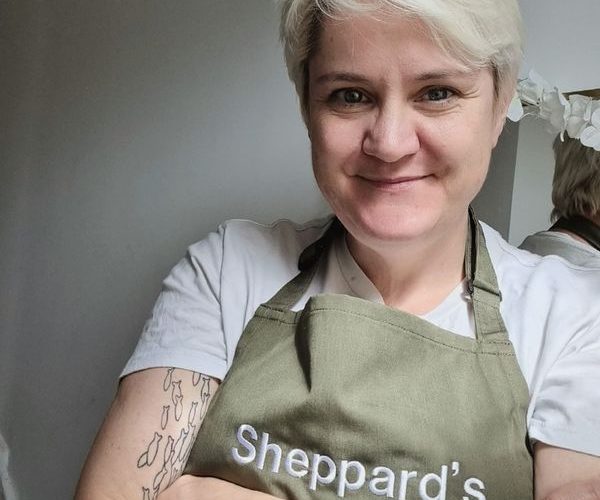 A new cafe and farm shop is to open in East Dean with an alcohol licence.

Here are a few of the local beer, wine and spirit produce they will be serving and selling at Sheppard’s:

It will be a Daytime Café, Weekend Restaurant and Farm Shop.

Here is a list of local suppliers they will be using at Sheppard’s.

Breakfast will be served 9am-3pm.

Cream Tea (served from 11am)

From September 6th, Sheppard’s will be offering a local “meals on wheels” delivery service. The locally sourced home-cooked meals will be delivered in East Dean and Friston 3 days a week or can be collected from the café.

Wealden District Council licensing panel met to consider an application for a premises licence at Sheppard’s, a cafe and farm shop set to open at the former doctor’s surgery in Downland Way later this month.

Speaking at the meeting the applicant and cafe owner Mandy Mulford attempted to reassure residents and panel members about her plans.

She said: “Their concern is that there will be – and this is totally unfounded, because there has never been any experience of it in East Dean – anti-social behaviour.

“It is a very quaint and well-behaved community. There are a lot of families and retired folk. So the idea that people could get unruly is, well, frankly bonkers; it just doesn’t make sense.”

Despite this, Ms Mulford went on to say she was going to put in place policies to minimise any potential disturbance. This would include directing diners towards other car parks, not taking in new diners after 8.30pm and ensuring all diners were out of the premises by 10.30pm.

The business would also have an alarm and CCTV to ensure the premises was secure, she said.

She said the restaurant was also originally intended to open on Thursday nights as well, but after hearing from residents decided to change this to an infrequent events night instead.

Ms Mulford said: “I have really tried to meet the concerns [of residents]. I have told them I really want to fit very gently and kindly into the village and village life.

“The response I have had from a huge amount of people in the village has been hugely encouraging and really, really positive.”

Ms Mulford also said a big part of her business would be the sale of locally-produced products and produce, including locally produced alcohol. She said this focus on local products had been part of her previous work for a church in Eastbourne, where she had been made redundant as a result of Covid.

She also argued the lack of a licence would only prevent the business from selling alcohol, rather than the consumption of alcohol by diners. If diners brought their own bottles, she argued, it was less likely to have been bought from a local supplier.

While members seemed pleased with the policies proposed by Ms Mulford, some queried if she would limit her licenced hours as she expected the business to close by 10.30pm.

In response, Ms Mulford said she would accept a 10pm last orders if this was desirable.

No objectors attended the meeting to put across their concerns, so after hearing from Ms Mulford councillors retired to consider their decision in private. https://0efe7ae5c423724cb9f11bed62ce1f50.safeframe.googlesyndication.com/safeframe/1-0-38/html/container.html

After a short recess, councillors confirmed they would grant the licence, albeit with a 10pm last orders on Thursday, Friday and Saturday nights, rather than 10.30pm as initially requested.  The last alcohol sales would be at 6pm on all other days.

Cllr Geoffrey Draper, the panel’s chair, said: “We have carefully listened to the application and considered all the conditions and information given in relation to this application for a premises licence.

“We are satisfied based on what we’ve heard today that you as the applicant have taken into account all the appropriate steps to uphold the most important four licensing objectives.”

He added: “I would like to add the considered opinion of the three councillors responsible for this [licensing] application today is that you were one of the most well-prepared applicants we have seen and we wish you all the very best for your new venture.”https://0efe7ae5c423724cb9f11bed62ce1f50.safeframe.googlesyndication.com/safeframe/1-0-38/html/container.html

A written decision is expected to be published within five working days of the hearing.

The licensing bid came alongside a planning application to change the use of the building, which was approved in May.

According to Sheppard’s website, the business is set to open its doors on June 21.