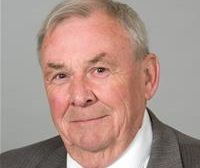 ONLY last week, Tory councillor Colin Belsey was attacking LibDem rivals for continuing their campaign in the days after the Prince’s death.

Now it has emerged one of his team was electioneering on Saturday – the day of the Royal funeral.

Colin said: “I am deeply sorry this has happened.”

Colin is the Tory candidate in Ratton for the May 6 county council elections.