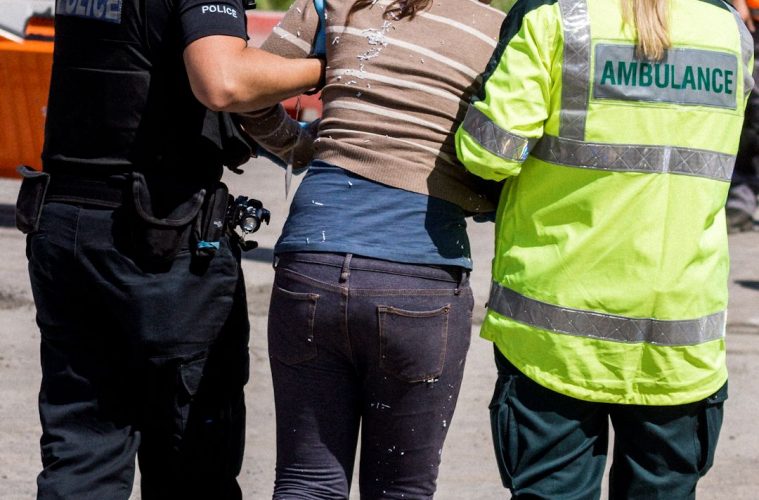 THE leaders of police, fire and ambulance services across Sussex have come together to condemn a steep rise in assaults against emergency workers.

It comes as a national report is published with a wide-ranging set of recommendations around police officer and staff safety.

Chief Constable Jo Shiner said: “Police officers have experienced a rise in assaults over the last few months, but I was shocked to hear from colleagues in the ambulance service of more than a dozen incidents of serious assaults on paramedics over the summer – and that was just in Brighton.

“This is completely unacceptable.

“It can’t be right that the very people dedicating their lives to saving others are increasingly coming under attack or when people think sharing videos of this is the right course of action.

“For communities to be protected, we must stand together to protect our frontline. Assaults on police, fire and ambulance workers, and indeed other public sector workers doing their job, will simply not be tolerated.”

Yesterday, the National Police Chiefs’ Council released the Officer and Staff Safety Review (OSSR), which it had commissioned in September 2019 and included the biggest ever survey of police officers, staff and volunteers to canvass views on safety at work.

The review presented a broad range of 28 recommendations that have been unanimously approved by chief constables and fully supported by all staff associations.

Assaults against officers were most likely when suspects were hostile, resisting arrest or intoxicated and the odds of assault were significantly reduced when officers drew their Tasers, compared to officers who used only handcuffs.

However, police officers are not the only emergency service workers affected, with colleagues from the ambulance and fire and rescue services also reporting assaults on their staff.

South East Coast Ambulance Service (SECAmb) Operating Unit Manager for Brighton, Tim Fellows, said: “Since June 1, we have seen an alarming spate of incidents of assaults and abuse of our staff. In Brighton and Hove alone, we have recorded 16 separate incidents and on occasions that has involved more than one of our team.

“What is clear, is that alcohol or drugs consumption is more often an aggravating factor.
​

“The huge majority of patients and members of the public know that this kind of behaviour is deplorable and would never think of hurting someone who saves lives and serves the community. Sadly there is small minority who seem to think this is acceptable.

“We will always work to take action against anyone who attacks or abuses our staff.

​“We encourage staff to report and take action against anyone who physically attacks or verbally abuses them and they must never be made to feel that violence or the threat of violence is just a part of their job.”
​

Attacks on firefighters in East Sussex trebled in 2018/19 from seven the previous year to 21, which included nine in Brighton and Hove.

In December last year, firefighters dealing with a fire in Eastbourne came under attack by a group of teenagers.

A firefighter required hospital treatment after being struck by a pebble.
​

CC Shiner said that assaults on emergency workers must never be seen as ‘part of the job’.

“Working for the police can be a dangerous and unpredictable job and every day our brave officers and staff work hard, often in difficult and challenging circumstances, to keep people safe.

“Being assaulted while they are doing that is completely unacceptable and must never be seen as part of the job.

“However, I am astonished by the reports that I receive from colleagues in other blue light services about assaults on their staff who are often responding to and assisting people in need of their urgent help. In some cases, these are attacks on paramedics by the very person they are trying to help.

“Every day emergency workers go out on the frontline to protect the public and this often means helping them at times when they are going through or find themselves in challenging or difficult situations.

“While distressing, this does not give anyone the right to physically or verbally assault our teams. If anyone is assaulted while on duty, the impact can be both physically and psychologically significant.

“Not only is that individual affected, but also their team and their family.

“These are incredible people doing incredible jobs and it is simply not acceptable.

“On behalf of all of my colleagues in other services I will be raising the issue with the Crown Prosecution Service to see how we can work together to send a very clear message to those who perpetrate these attacks.”

Many of these have resulted in injuries and included kicks, punches, scratches and bruising, through to more serious incidents such as dislocations, fractures and concussion.

Additionally, officers are regularly subjected to being spat at, which in many cases leads to them having to undergo a worrying wait following HIV and hepatitis tests.

More recently, there has been a significant rise in spitting incidents associated with the Covid-19 pandemic.

Dawn Whittaker, Chief Fire Officer for East Sussex, said: “Emergency service and health staff have had a challenging time during Covid, having to adapt their ways of working and undertake new duties, but have done so in order to help keep our communities safe.

“In light of that, it is just completely unacceptable that we have seen an increasing number of attacks on these workers.

“I would like to implore people to remember that we are blessed in the UK to have these services to protect our communities.”

Chief Fire Officer of West Sussex Fire and Rescue Service Sabrina Cohen-Hatton said: “It is hard to believe that anyone would see emergency service staff as a target for attack, but sadly this is an issue that emergency services face up and down the country.

“Firefighters protect their communities and save people’s lives. I would welcome an increase to the maximum sentence for attacks on emergency service workers. We need to be clear that this sort of behaviour will not be tolerated.”