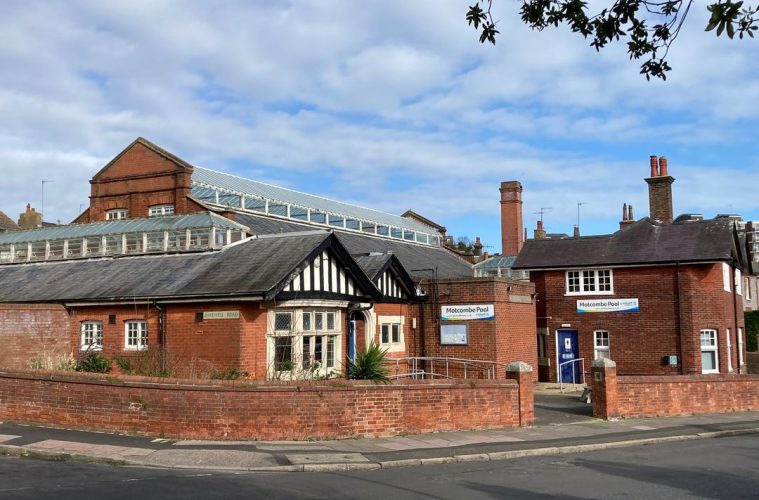 Plans for the restoration of Motcombe Pool have been launched by Eastbourne Borough Council.

With work to restore the Victorian building estimated to cost over £1 million, the council has looked at the community inspired regeneration of the Saltdean Lido, where nearly £4 million has been raised so far to bring the famous pool and facilities back into use.

Motcombe Pool was built in 1905 and like most pools of that era, its deterioration has been exacerbated by the millions of gallons of water and chemicals pumped around its ageing and fragile infrastructure.

The council is establishing a community interest company (CIC) to spearhead the fundraising and restoration of the 120 year old baths. A CIC can bid for, and access funding, that is not available to other types of organisations.

Anyone who thinks they have the skills and experience that would benefit the CIC, should go along to the Motcombe Open Pool Day on Thursday April 28th and register their interest.

The council is hosting the event in The House, in front of the pool, between 1pm and 7pm and is hoping as many people as possible will attend and find out how they can get involved.

There will be a display showing some of the history of the pool, plus details of the extensive restoration work needed and the funding required, and a recruitment corner where Motcombe Pool supporters will learn more about the many CIC roles that need to be filled.

Councillor Stephen Holt, Deputy Leader of Eastbourne Borough Council, said: “Swim England, the UK’s swimming governing body, called on the government to commit £1 billion to help refurbish community pools and in doing so exposed the stark reality, that unless the government invests significant money into swimming pools in the UK the age old expectation of a local pool for local people could be lost forever in many towns.

“However, we’ve seen how community support has rejuvenated the Saltdean Lido and I believe that the momentum they achieved can be replicated in Motcombe. The council will support all efforts to reopen the pool and that starts with recruiting people with the drive and energy needed on the community interest company.”

To see how you can play your part in the reopening of the pool, please attend the Open Day on April 28 at The House, in front of the Motcombe Pool main building.