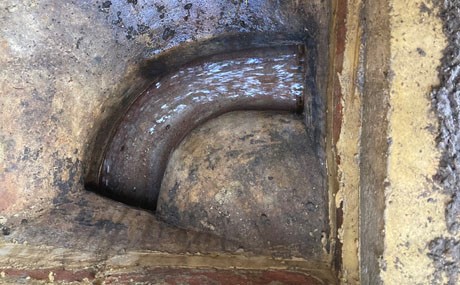 WEALDEN officials met with Southern Water to discuss concerns regarding the persistent problem of sewage treatment in Hailsham and Hellingly.

“It was unclear to us whether Southern Water had fully appreciated the magnitude of some local issues,” said Councillor Bob Standley, Leader of Wealden District Council, after the meeting. “Specifically, we pressed them to explore solutions to significant problems on a number of new build locations in the area, specifically Old Swan Lane, Hailsham and Station Road, Hellingly.

Southern Water agreed to come up with an updated plan to deal with involuntary discharge of sewage during wet weather events and to demonstrate how they can accommodate developments already granted permission, and those likely between now and 2038.

Southern Water were also pressed on the increasing use of tankers to move sewage between the Hailsham South and North plants and to other sites further afield for treatment.

“It was also unclear as to the extent to which these problems are a consequence of increasing prolonged periods of wet winter weather, leading to involuntary sewage discharge, or to changes in the water run-off. Southern Water agreed to do more investigations,” said Cllr Standley.

“As local concerned Councillors, we will be meeting with them again in the autumn for feedback on their investigations and to learn of any recommendations that follow.”