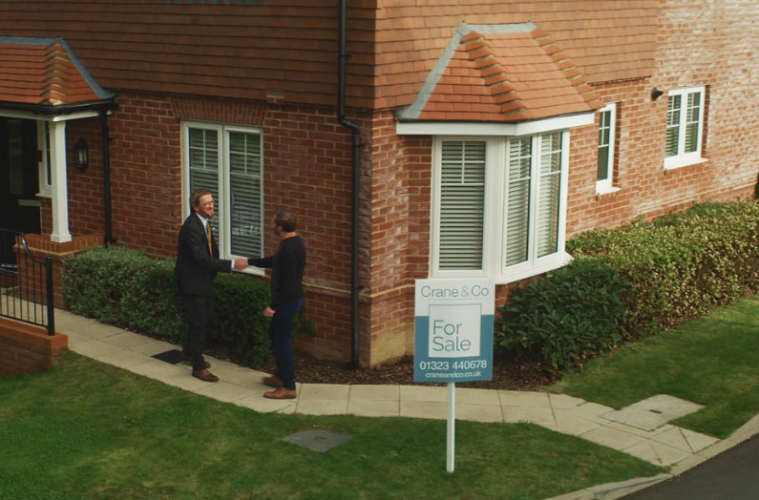 Crane and Co: New Year resolution sellers gearing up for 2022 as closer to normal market beckons

Crane and Co: New Year resolution sellers gearing up for 2022 as closer to normal market beckons

A closer to normal though still busy housing market is expected in 2022. While prices are forecast to rise by another 5% in 2022, some of the edge will be taken off sellers’ pricing power by increasingly stretched buyer affordability, and more buyer choice boosted by previously hesitant sellers now gearing up for a New Year move. This is particularly timely, as fully available stock for sale has hit a new record low again this month. Promisingly, requests from home-owners to estate agents to have their home valued are 19% up on this time a year ago, indicating that much-needed buyer choice will be coming to market in the new year.

Mike Crane, Principal of Crane & Co, comments, “The kind of frenzied market we’ve seen in the last 18 months happens only a few times in most home-owners’ buying and selling lifetimes, exacerbated by the even rarer event of a global pandemic pushing homes higher up most people’s priorities. While the pandemic is still having an ever-changing impact on society as we move into the new year, we expect a housing market moving closer to normal during the course of 2022. A return to a less frenetic market due to more choice, and forecast slightly higher interest rates, will suit many movers who have held back during the last 18 hectic months. With a jump in the number of owners requesting valuations from agents with a view to marketing their homes, it looks like many of this group are now gearing up to make it a new year resolution to move, so more buyer choice could now be on the cards. Whilst a rise in interest rates is often regarded as unhelpful to the market, a slowing of the fast pace of sales, and associated pace of price rises, will help the return to more normality that will suit many movers. Buyer demand and market momentum remain strong going into 2022, with November showing buyer numbers 41% up on the election-subdued 2019, and still 3% up on booming 2020.”

Available stock of property for sale has hit the lowest level per estate agency branch ever recorded by Rightmove. Having been an average of 28 at this time a year ago, it has now halved to just 14. Owners who come to market in the next few months and are judged by prospective buyers to be asking an affordable price, will therefore find their chances of a successful sale very high. That will put those sellers looking to buy again in a very powerful position to secure their next purchase, where they could well be in competition with several other potential buyers. Being a ‘power buyer’, who has sold subject to contract or can buy without selling, has increasingly become a requirement this year, and this will still be the case in 2022. Proving your access to funds, including a

mortgage agreement in principle, is also becoming a must-have, not only to get higher up the buyer pecking order, but also to speed up the process.

A remarkable sign of the frenetic market is that seven out of ten properties advertised on Rightmove are currently marked as sold subject to contract, a number that has never been higher. In contrast this compares to just two out of ten in the post-credit-crunch recovery period in 2012. With two months of data yet to be reported, 2021 has already seen the highest level of completed home sales since 2007, and we forecast that the total for the year will be an exceptional 1.5 million. The average for the more ‘normal’ years from 2014 to 2019 was circa 1.2 million. This highlights ongoing, as well as satisfied demand, and underpins our prediction of a further 5% price rise in 2022 despite the heady rises already seen in the last 18 months.

Mike Crane says, “Agents report that some previously hesitant sellers look to be lining up to launch soon, as attention quickly turns from picking over turkey leftovers to picking suitable properties. Others will look to follow another traditional pattern and come to market early in the New Year, allowing plenty of time for them to find a buyer and help the under-pressure legal process which is handling massive volumes.

Those who have been working out their finances as part of getting sale-ready will obviously hope to achieve the highest possible price. However, despite high demand, buyers will have limits to what they can afford or are prepared to pay. In addition, with the availability of stock so low, any property that sticks around stands out like a sore thumb and goes stale pretty quickly. Re-igniting interest in a property that possible buyers have been ignoring as stale and over-priced often takes some bigger price reductions to below what could have been a successful initial asking price. Good local estate agents will have evidence for justifying the right asking price in your local area, as whilst it’s good to get ahead of the rest as a New Year resolution seller, setting too high an asking price may mean that your resolution to move in 2022 is broken. If you are thinking of selling your home and would like to chat to one of our property experts, please don’t hesitate to give us a call on 01323 440678 or find out more on our website www.craneandco.co.uk.”