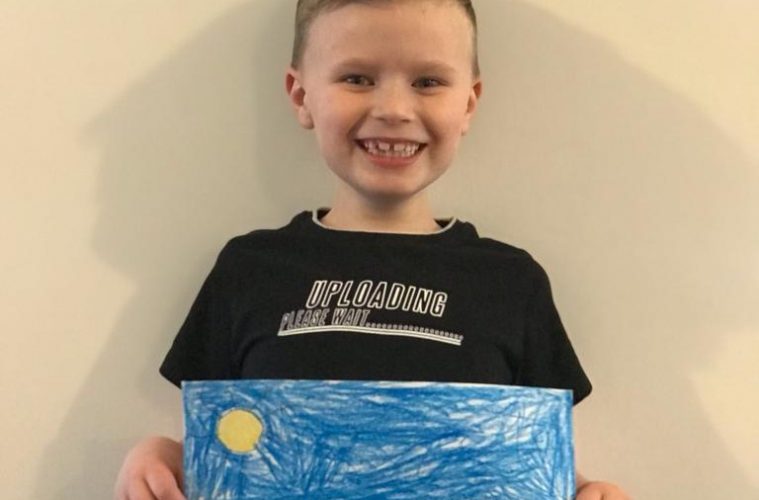 Daniel is from Eastbourne. He’s six and a real star

But he’s been doing something very special since Christmas, helping to raise more than £300 for Eastbourne Foodbank.

Proud dad David said: “Daniel had been learning about the word charity at school and what it means.

“We started talking about foodbanks and my wife Danni played the Marcus Rashford documentary at home.

“That was when Daniel said: ‘I want to help, daddy.” He realised some people don’t have access to food like he does.

And help he most certainly has.

First, he said he would donate his Christmas money and tooth fairy money to charity.

Then, when David and Danni put this on their own Facebook pages there was a lovely response.

David said: “One of my friends posted that he would donate £10 if Daniel drew a picture of a police car.

“It has ended with around 20 requests for Daniel to do a drawing in return for donations ranging from £5 to £30.”

Daniel is keen to carry on with his charity work, he’s even started talking about selling toys he no longer uses.