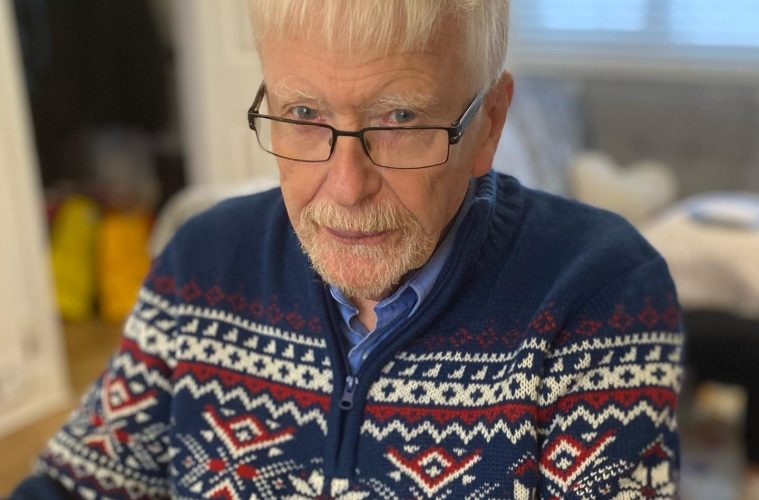 Anderida Writers have suffered a great loss with the recent death of website editor and dear friend Rod Colley at the age of 77.
Rod, who was admitted to hospital suffering from lung fibrosis and pneumonia, leaves his wife Heather, daughter Fiona and son Alistair, who is Anderida’s and South East Writers Network joint Facebook page administrator alongside Tony Flood. In addition Alistair has maintained the Anderida website, together with his father, for the last six years.
Rod and Alistair ran Carbury Films, which was formed in 2009, and they continued making films and videos in addition to designing websites and consulting on multimedia promotions and projects via their second company Skorbik-Multimedia, setup in 2017. Rod had previously worked as a management consultant with the NHS among many other roles.
Anderida chairman Tony Flood said at the group’s February meeting: “It is so sad to lose Rod and he will be greatly missed. He was a lovely, caring man who was always willing to help others. He and Alistair did tremendous work for Anderida after joining the group in 2016. Rod was also very modest and I did not know until Alistair told me that his father had songs and poetry published.
“I hope Heather, Fiona and Alistair will be sustained by the wonderful memories they must have of him. Rod left his body to medical science which will be used to help medical students.”
Anderida members and guests had extracts of their work critiqued by international best-selling author Tamara McKinley and others present at their February meeting.
Tamara, the Anderida patron, has topped the Sunday Times best sellers list several times with her Cliffehaven series, written under the name Ellie Dean.
Anderida meet on the second Tuesday of each month at the Hydro Hotel, Eastbourne. Anyone wishing to join the group can obtain more details by emailing tflood04@yahoo.co.uk