Delve into the world of Marvel… 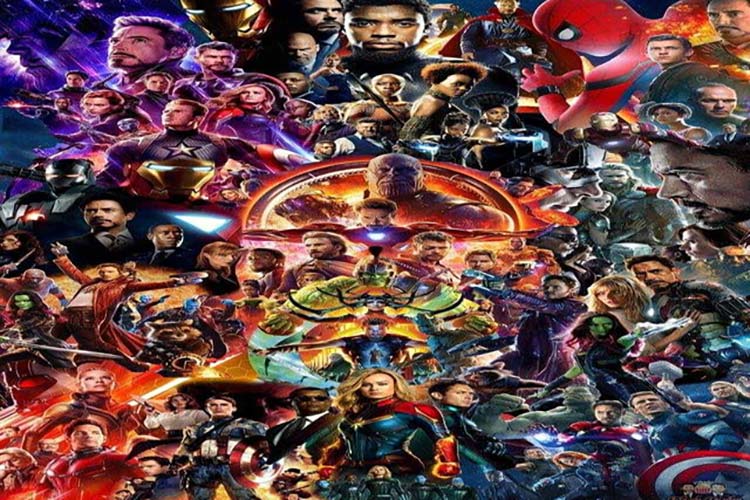 Delve into the world of Marvel...

‘Make Mine Marvel ’was not only a brand in its heyday – but a badge of honour for the super fans of Marvel Comics all over the world who, in turn for sending in their storyline ideas, would get a shout out in the comics regular letters column, entitled, Make Mine Marvel!

Today, the comics are still hugely popular but the focus is now centred around the Marvel Cinematic Universe, one of the highest grossing film franchises of all time, with over 20 films to its credit so far!

The characters are unique, the storylines are powerful and exciting and the plots always leave the fans wanting more, ending with an air of mystery that will always be linked to the next… As a self proclaimed superfan myself, please allow me to take you on a journey of four of my favourites and see if I can tempt you to delve into the world of Marvel yourselves!

Since the release of Iron Man, their first film, back in 2008 – the comic books have truly been brought to life! Even their loyal Comic book readers could not deny that the changes made to characters and the tweeks to original storylines were not only necessary but worth it in order for them to appeal to a cinema audience. On becoming a fan of the MCU, there are certain Marvel’arities you will soon become used to.

Not only must you look out for a surprise cameo appearance in each film from the late, great Stan Lee – you must also have a degree of patience. At the very end of almost every set of end credits, you will be teased with an extra scene, almost certainly leaving you with a cliff hanger and simply desperate for the next film to be released!

I have only touched on four of the 20 films in the series and for some people watching so many films may be too much, however I guarantee that once you watch one, you will be hooked and will want to know more! If watched in the correct order, the characters genuinely come to life in your head and the expertise of the story writers that link all the films together will become apparent. There really is something for everyone, so give them a go and delve into the world of the Marvel Cinematic Universe…

No movie of this generation has ever represented the black community better than this amazing film!

Fans were introduced to T’challa in “Captain America Civil War” and left eagerly wanting to know more about the future King of Wakanda. T’challa takes his throne and the role of the Black Panther that comes with it. So, how serious is the threat to his kingdom? And will the arrival of his cousin Erik Killmonger, intent on overthrowing the rule of the land become yet another threat to Wakanda! This movie delves into a world of superpowers and tribal cultures using some awesome technology and amazing action scenes.

So many characters and so much detail! This film is a dream for many Marvel fans.

The first two Thor films brought some criticism so fans had huge expectations for this one. Superhero films can often be considered too serious and complicated so this film changes the mould by adding humour and a light hearted approach. Audiences watch as Thor faces two of his biggest challenges yet: overpowering his villainous older sister Hela and Ragnarok (the destruction of his Asgard, his home). Will Thor and his team be able to stop both from happening? You will certainly enjoy this action, comedy finding out!

In this spectacular, many of our favourite characters finally come together to achieve one goal, one threat to the Universe!

Namely, THANOS! A purple titan who plans to create his ideal of “peace” by wiping out half of the universe. To do this he needs all six Infinity stones; each one having its own unique power and leaving him unstoppable! The Avengers,The Guardians of the Galaxy, Spider Man, Dr Strange and Black Panther come together in this jaw dropping episode to take on Thanos and the Black Order, preventing him from causing any more damage than he already has! But will Thanos be successful?

So, with half the Universe wiped out, including many heroes, those that remain, have their hardest challenge ahead.

Iron Man and Captain America must reunite and lead the new avengers against Thanos but it soon becomes apparent that the stones have been destroyed! Five years on, and the damage is still undone. That is, until Ant Man, who is assumed dead, escapes from the Quantum realm. He finds the Avengers and together they investigate time travel in the Quantum realm. Will they succeed and bring back all those who were wiped out? A mission as dangerous as this will mean sacrifices, so will our heroes succeed? The action in this film is indescribable and the ending itself, superb!