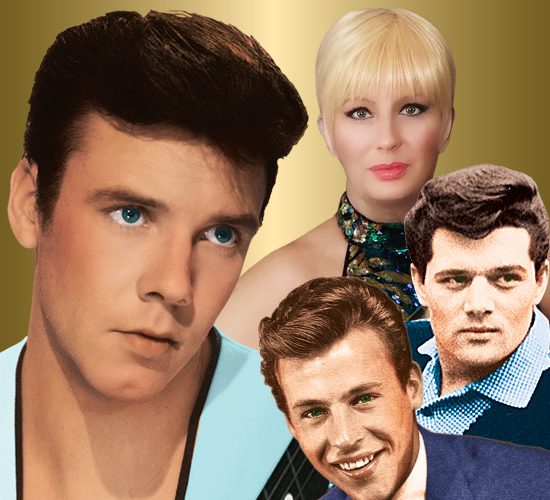 DON’T MISS THIS CHANCE TO LET THE GOOD TIMES ROLL!

Eastbourne’s Congress Theatre will rock to the iconic sounds of the 50’s and 60’s as Marty Wilde returns to Eastbourne with the show Dreamboats and Petticoats – Music that Lives Forever featuring Marty Wilde on Wednesday 27 April, 7.30pm.

The late fifties and early sixties were some of the most exciting and important years in the history of music. With the arrival of rock n’ roll, a whole new pop culture was born. Performing their own hits and collaborating live on stage, Marty and Eden the original teen idols, show us how rock n’ roll with its fusion of sound and rhythm shaped the style of music that we listened to then and still do today.

Marty Wilde MBE is truly an unstoppable Rock and Roll icon who made music history when he became the first ever UK music artist to achieve eight consecutive decades of chart success as a UK singer songwriter. His latest album Running Together was released in 2020 and is his first album to feature an all-original collection of songs written or co-written by Marty.

In this concert Marty will remember and celebrate the hits which made him the star that he is including of course: Teenager in Love, Rubber Ball, Sea of Love, Bad Boy and Donna and others.

Good seats are available for this event, but booking is strongly advised. It’s going to be one rock and roll party to remember so don’t miss this chance to let the good times roll!

Dreamboats and Petticoats – Music that Lives Forever, featuring Marty Wilde in concert at the Congress Theatre, Eastbourne on Wednesday 27 April, 7.30pm; tickets priced at £31.50 and £33.50 with concessions available, to book call the box office on 01323 412000 or online eastbournetheatres.co.uk