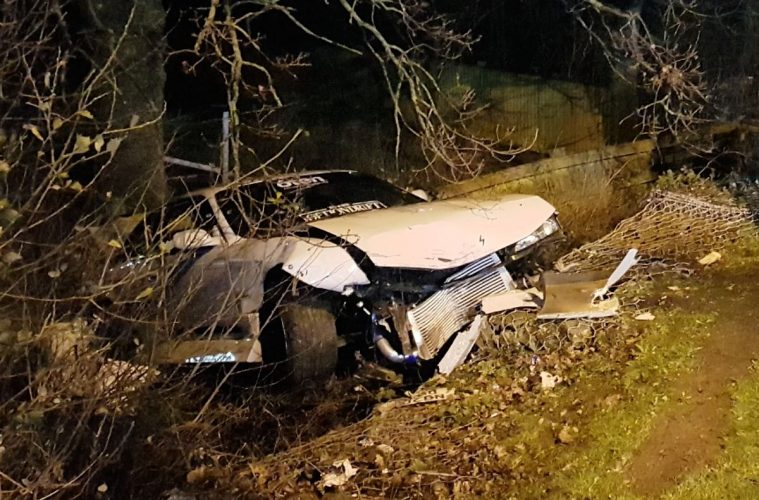 Driver who crashed after “drifting” on road in Polegate is disqualified

A MOTORIST who crashed his car after “drifting” on a public road has been convicted and disqualified from driving.

Wesley Leonard must take an extended retest should he wish to drive again.

It follows the incident involving a Nissan Silvia in Hailsham Road, Polegate, on 12 January this year.

Leonard admitted drifting into the forecourt of the Co-Op, where he narrowly missed colliding with a petrol pump and another vehicle.

Seconds later, he exited the forecourt and crashed into a sign, before going down a steep embankment and into the fence of a house.

Fortunately, neither he, his passenger nor any other road users were injured.

The 26-year-old claimed the back end of the vehicle “went funny”, however CCTV footage from the Co-Op revealed he had deliberately drifted again.

Drifting is a driving technique where the driver intentionally induces oversteer with loss of traction at the rear wheels, while maintaining steering control and driving the car through the entirety of the corner.

Sergeant Richard Hobbs, of the Roads Policing Unit, said: “Drifting involves forcing your vehicle to do something it is not designed to do. Carrying out any kind of manoeuvre on a public road like this – where you are not in full control of your vehicle – is completely irresponsible, and puts yourself and other road users at serious risk.

“It’s fortunate that no one was hurt or even killed in this incident, and we will continue to deal robustly with those who put other people’s lives at risk on our roads.”

Leonard, of Kings Avenue, Rye, was reported for summons to appear before Hastings Magistrates’ Court on Wednesday 7 October, to face a charge of dangerous driving.

He pleaded guilty and was disqualified from driving for 18 months, and must take an extended retest if he wishes to drive again.

He also received a community order requiring him to carry out 240 hours’ of unpaid work within the next 12 months, and an electronically-monitored curfew requiring him to reside at his home address every day between 9pm and 6am for the next six weeks.

He was also ordered to pay £85 costs and a £32 victim surcharge.