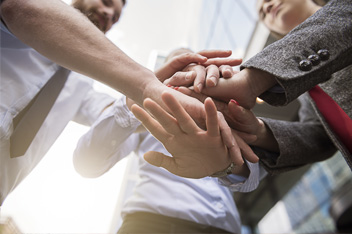 A credit union in East Sussex has won a national award in recognition of its efforts to raise awareness of the dangers of using loan sharks.

East Sussex Credit Union (ESCU) have been recognised by the England Illegal Money Lending Team (IMLT) for their initiatives tackling loan sharks in the county and making communities safer.

The IMLT investigates and prosecutes illegal money lenders while supporting those who have borrowed money from a loan shark.

ESCU have scooped numerous awards for their anti-loan shark campaigns, with the latest being Partner Recognition accreditation from the England Illegal Money Lending Team (IMLT).

The new accreditation programme recognises and rewards partners that work alongside IMLT to raise awareness of loan sharks, and their impact on local communities, and to create safer spaces for people to live and work.

The credit union launched an incentive scheme at the end of last year to encourage residents in Brighton to join and open a savings account. The first fifty people to join ESCU during their promotion and make at least three monthly payments into their account were guaranteed a £25 savings boost straight into their Credit Union account. The scheme was funded using proceeds of crime money, confiscated from convicted illegal money lenders.

A recent campaign by IMLT, called #SharkFreeSurfing, ran across the Stop Loan Sharks and ESCU social media platforms, with the aim of encouraging not just victims, but the wider community to report online illegal money lending activity.

Emma Norledge, Deputy CEO of East Sussex Credit Union said: “We are proud and honoured to have won these awards, highlighting our continued commitment to tackling loan sharks in communities and protecting vulnerable residents from being victims of illegal money lenders.

“We work closely with the IMLT to highlight the dangers of loan sharks and ensure residents are aware that there’s a legal, ethical and affordable alternative to illegal lending. We urge anyone who isn’t able access mainstream credit from the high street to think twice about their next move and consider using a credit union before a loan shark”

ESCU recently celebrated a major milestone of 9,000 members and savings accounts have reached over £4million for the first time.

Tony Quigley, Head of England Illegal Money Lending Team, said: “We would like to congratulate East Sussex Credit Union on their partner recognition award and thank them for their outstanding efforts tackling loan sharks.

“We are extremely grateful for the support of our partners across the country and rely on them to act as our eyes and ears in communities. By working together, we can stamp out illegal money lending and protect residents from this awful crime.

“We continue to encourage people to come forward if they know of or have been a victim of loan sharks. You are not alone and we will support you.”

Anyone who believes they might be the victim of a loan shark can contact the Stop Loan Sharks 24-hour confidential helpline on 0300 555 2222, email reportaloanshark@stoploansharks.gov.uk or complete an online report form at www.stoploansharks.co.uk. Live Chat is available on the website from 9am to 5pm, Monday to Friday.

East Sussex Credit Union is a mutual owned by its members. It launched in East Brighton in 2000, expanding to cover the whole of Brighton and Hove in 2006 and then East Sussex in 2008. Anybody who lives or works in Brighton and Hove or East Sussex is eligible to join. The credit union is run by volunteers and a small number of paid staff. As well as savings and loans, ESCU offer other services to its members including Engage prepaid VISA card, and the Chorus Workplace Savings Scheme, with many local employers. Savers’ money is fully protected by the Financial Services Authority. East Sussex Credit Union is a key partner in the local campaign against loan sharks and any profits made go back to the community through their members. ESCU website: www.eastsussexcu.org.uk Chorus website: www.savewithchorus.org.uk For more information contact Emma Norledge on emma.norledge@eastsussexcu.org.uk