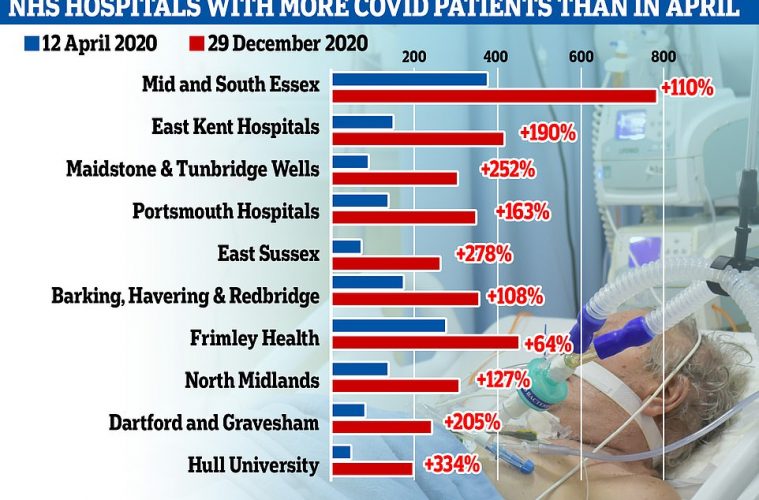 It shows the NHS hospital trusts that have the highest number of Covid-19 patients now compared to in April.

East Sussex – including our DGH – is the FIFTH worse in the whole of the country.

Remember how busy our hospitals were back in April during Lockdown 1.

Well, now in East Sussex they have 278 per cent more patients with Covid compared to April.

The figures are staggering.

NHS England statistics show that, in the most recent data from December 29, 81 out of 127 major hospital trusts had more Covid patients than on April 12.

Many of the worst affected are in the South East and London, where the new fast-spreading variant of the virus has taken hold, with those regions now making up a majority of the daily positive tests being reported.

And the Royal College of Surgeons’s president, Professor Neil Mortensen, warned that patient numbers are now so high that cancer operations may have to be sidelined again.

There was chaos in spring when non-urgent ops were cancelled and the NHS is now fighting its way through a backlog of thousands.