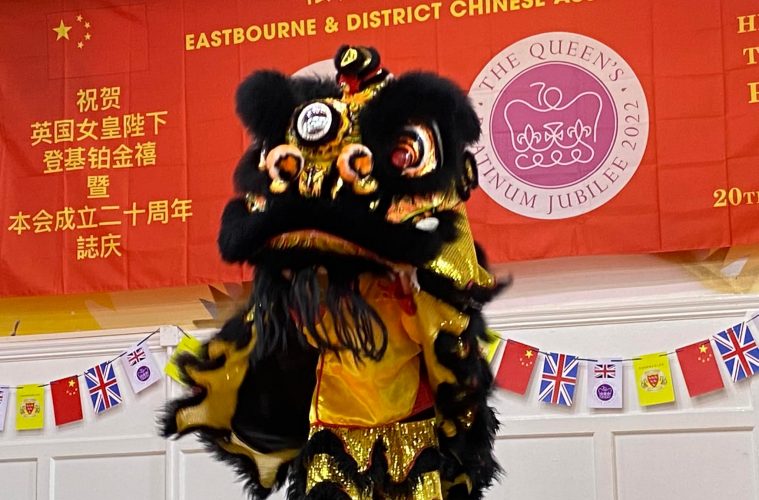 The association is also celebrating the 20th anniversary of its formation and its annual dragon boat race.

Caroline was joined by the Lord Lieutenant of East Sussex, Andrew Blackman and Eastbourne’s Mayor Pat Rodohan for an afternoon of dance to celebrate Her Majesty’s 70 years on the throne.

In his address to the event, Chairman of the association Kevin Tsang said: “Today we are also here to celebrate Her Majesty the Queen’s Platinum Jubilee.

“For this unique occasion our association have laid on an auspicious spectacular dance for The Queen, who, along with her dignity, sense of duty and astonishing stamina remains a reassuring beacon to us all, a powerful, unifying force in a nation whose respect and affection she has never taken for granted and she has always strived to give the British people her best service.

“In this, her Platinum Jubilee Year, the important message of the strength of a family, good friendship and good neighbourliness are thoughts and wishes for the years ahead of us all. Ma’am, your message is strong, wise and clear to us all and your devotion is inspirational.”

Caroline added: “What a wonderful way to pay tribute to her Majesty. The dance was spectacular and very impressive.

“Many thanks to the association and congratulations on its 20th anniversary. It has been a force for good in our town these two decades in undertaking work documenting the Chinese community in our town and the important work of acting as a link between Chinese and British cultures.”