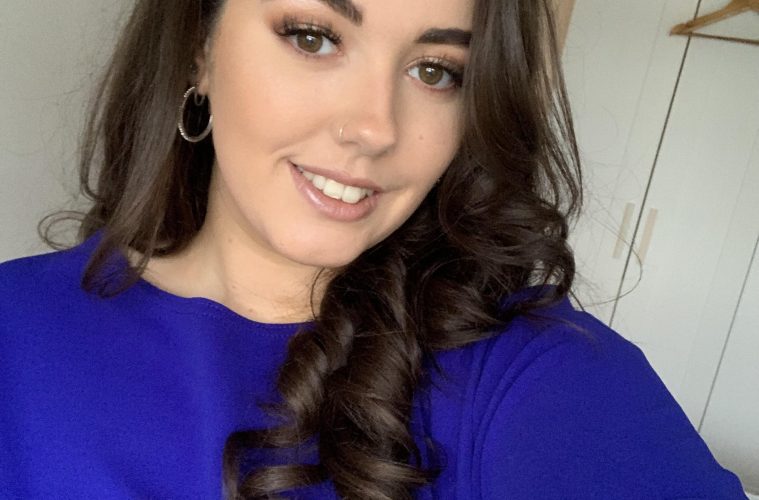 An Eastbourne artist who found salvation and escape from mental health issues in her youth is to star as the Beacon Centre’s featured artist next month (June) in an Instagram series called Creatives by the Coast.

Kiah Ludbrook channels her own personal experiences of trauma and low self-esteem to create colourful abstract paintings and autobiographical work.

“Art for me has always been an escape,” Kiah explained. “I started drawing and painting as a child. It helped me deal with feelings of inadequacy. I struggled academically and did not get the support I needed at school,” Kiah said.

“Secondary school was where I started to flourish with my artwork and I went on to graduate with a BA in Fine Art from the University of Brighton, partnered with the East Sussex College Group,” she continued.

Kiah sees her artwork as a continuous journey with a mixture of influences. For her degree, she created an installation piece focusing on mental health and confessions. “I played with creating a domestic space that felt safe,” Kiah explained. “But the more time spent in this space, the more noticeable were the hidden confessions and the emotions around them.”

And while she adores her creative life, her other great love is her role as a support worker. “I work full time as a support worker and I absolutely love my job,” Kiah said. “I work with people who have autism and can show challenging behaviour. I support them in a residential home and organise their daily routines. It is a demanding role, but I adore it.”

Kiah loves living by the coast and is delighted that the art community is going from strength to strength. “The number of artists in Eastbourne, Bexhill and Hastings has increased dramatically, and this is due to the three main galleries we have in the towns … The Towner, the De La Warr Pavilion and the Hastings Contemporary.

“However, I would like to see more opportunities for creative people, especially young artists, to show their work around Eastbourne and for our local talent to be celebrated,” she concluded.

The Beacon Centre is promoting local artists through an ongoing initiative called Creatives by the Coast. Centre Director James Roberts hosted a workshop in the centre for Royal College of Art students earlier this year.

“Works of art, and the artists who create them, play a vital role in the everyday life of our society, but do not get enough recognition,” James said. “Our Creatives by the Coast series plays a small part in helping to re-dress the balance and shout about the growing creative community that we have here on the coast.”