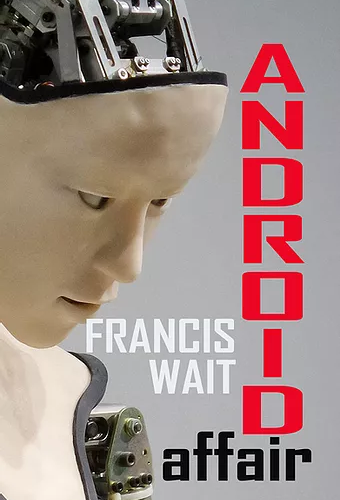 AN Eastbourne author who will be 82 in June has published his latest book.

Francis Wait is the membership and competition secretary for the Anderida Writing group.

His new book is Android Affair.

Francis said: “This is my latest book. Some surprising advances have been made in recent years and I believe that the time will soon be upon us when fiction becomes reality.

Android Affair is about the thrilling adventures of Anne Miller, both during her tenure as a policewoman and later when she retires.

Inspector Anne Miller is called out late at night to a road traffic accident and finds herself in the middle of a mystery. A man has been knocked over by a car and appears to be dead, but is it a man or is it a robot?

The mystery deepens when the body disappears from the coroner’s, never to be seen again. In its place is some strange message from the ‘powers that be’ to leave well alone. Although she wants to pursue the inquiry she is told in no uncertain terms to stay out of it.

She hears no more about it until Some years later she retires and the case comes up again. A colleague gives her some extraordinary information and is killed shortly afterwards. Will she follow it up or let the matter rest?”

Francis had tried writing books for a long time, but it was the advent of the computer which really opened the floodgates for his talent as it is so simple to write on them.

He says: “I am now eighty-one and still writing every day.” Go to https://www.franciswaitauthor.com/