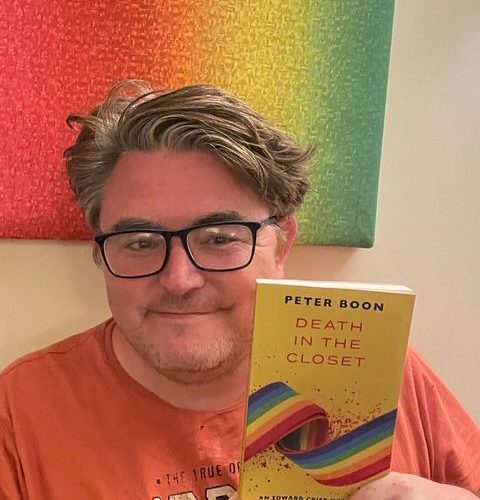 It is the third in the Edward Crisp Mystery series, featuring a shy murder murder enthusiast who becomes an amateur detective. The books are set locally in the fictional seaside village of Chalk Gap, imagined to be between Beachy Head and Birling Gap.

Peter said, “my new mystery is about a (fictional) footballer who is about to come out and be the first openly gay Premier League player ever, but he is murdered just as he is about to do this. Why did someone want this secret to stay in the closet?

This theme is very personal to me as I only came out myself aged 25, the same age as the footballer character. I deliberately released this novel in Pride month to bring awareness to this issue; there are still no openly gay footballers in English Premiership football.’

This is my third Edward Crisp Mystery novel and they’re all available on Amazon. They’re murder mysteries aimed at both adults and young adults, and the previous two were both Amazon best-sellers, reaching no 1 in the YA Mystery & Thriller charts.”