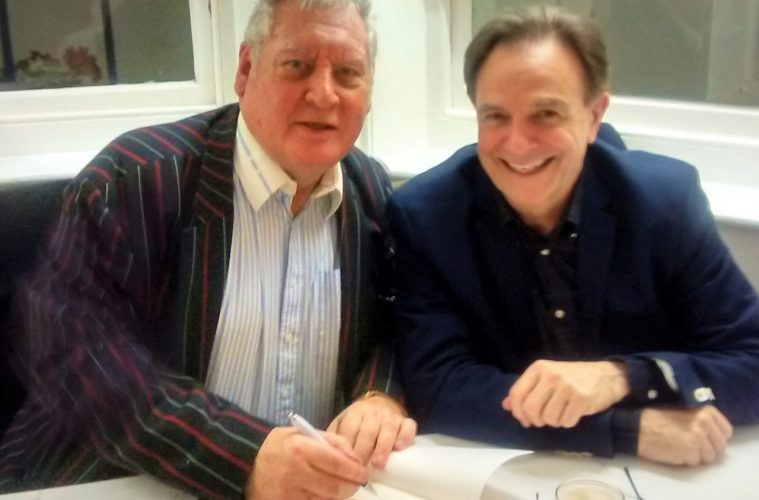 Author and former national newspaper journalist Bob Harris will be the guest speaker when Anderida Writers resume their monthly meetings on Tuesday, September 14th at 7.30pm at The Hydro Hotel, Mount Road, Eastbourne, following the long break caused by the Covid virus.
Bob, who was one of the best-known sports reporters of his generation and co-writer on several books with former England manager Sir Bobby Robson, is the author of some 30 biographies, autobiographies and other books. These include the recently released ‘Bobby Robson: The Ultimate Patriot’ as well as books with Sir Viv Richards, Sir Garfield Sobers, Dennis Lillee, Kevin Keegan, Stuart Pearce, Dennis Law and John Charles.
Mr Harris will be giving Anderida members and guests ideas on how to tackle biographies and autobiographies. Bob and those present will offer feedback in the second-half of the meeting when members read extracts from their work.
Tuesday, September 14th is also the closing date for entries for the annual Anderida Short Story and Poetry Competition which will be held the following month on Tuesday, October 11th, 2021, 7.30pm, also at The Hydro Hotel, Eastbourne.
Actors Brian Capron and Susan Thacker will be reading out entries which will be judged by members.
There will be cash prizes of £60 for the winner of the short story section and £50 for the poetry section. Excellent additional prizes are afternoon teas for two at three of Eastbourne’s most popular eateries, the Hydro Hotel, the Langham Hotel and Haberdasher’s Kitchen on the first floor of Close & Hamblin as well as a lunch-time treat for two at the delightful Café Old Town in Star Road.
Competition categories are: Short stories up to 600 words; Poems up to 40 lines in length. Entries must be unpublished and the original work of the writer.
Short stories should be typed in 14pt font, double spaced, on single sided A4 sheets (not double sided). Poems to be typed in 14pt font, single spaced.
The entry fee is £5 for a single entry and £8 for two entries per person. The maximum number of entries is two per entrant for full members and only one entry for guest members.
Submissions should be received by Tuesday, September 14th by Francis Wait. His address is: Flat 30 Lakeside Court, 35 Dallington Road, Hampden Park, Eastbourne, BN22 9EJ.
Two copies of each entry and entry fees should be in a sealed envelope within which must be an additional envelope that contains the writer’s name, address, phone number and an original title of the entry. The author’s name must NOT appear on the actual story or poem, but a word count must be given at the end of short story entries. Entrants should also state whether they would prefer their entry to be read by a man or a woman.