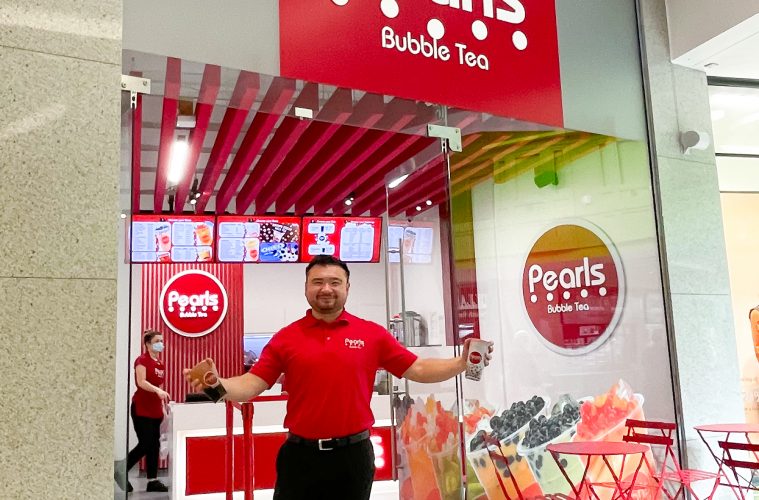 Eastbourne bubbles over with the latest arrival at The Beacon

Eastbourne bubbles over with the latest arrival at The Beacon

THE latest opening in The Beacon has Eastbourne shoppers bubbling over with excitement.

Daily queues for Pearls Bubble Tea have been seen since it opened in the shopping centre this month and owner Peter Aaen (pictured) admits the reaction has exceeded all expectations.

The entrepreneur, who runs the family business that opened its first store in Brighton nine years ago, said: “We’ve been inundated since opening in The Beacon. The reaction has exceeded what we had hoped. As soon as school finishes, we have queues outside but it’s not only students, we are seeing a wide variety of people wanting to try what’s on offer.”

Although bubble tea is now widely known, when Peter opened his first store in Brighton, the concept was relatively new to the UK, though not in the Far East where it is available on every street corner.

Bubble tea originated in Taiwan back in the 1980s and in its most basic form is made using mildly-brewed red tea mixed with condensed milk brewed over a layer black tapioca pearls. Today, there is a huge range of variations on the original theme and it is a drink with either a base of green or black tea infused with a variety of creamy extracts or natural fruit flavourings. It can be served either ice cold or piping hot.

Peter said: “I think it’s so popular because it’s a grab and go drink. It’s thirst-quenching but you don’t have to sit down and drink it. Bubble tea is refreshing with lots of flavours and it’s a snack and drink all in one. Every single drink is made to order and can be customised so you can have it with all kinds of different toppings – we have over 40 flavours with different levels of sweetness.”

Since opening in Brighton, Peter has opened nine other stores including Leeds, Sheffield and Leicester but this is only his second on the south coast.

He explained: “We’d been looking at Eastbourne for a while because we thought it was a really nice town centre but then Covid delayed things. When we think about opening a new store, we look for the right location that feels right for the business. The Beacon ticked all the boxes.”

Before setting up Pearls Bubble Tea, Peter worked in a highly stressful London technology job, then decided to switch to working for himself and take a risk with a new venture.

Peter said: “It was a huge gamble. I left London for Brighton because I thought it was a place quirky enough for the idea to work. The concept really took off and we’ve never looked back.”

The new Eastbourne store employs nine people and Peter hopes that he can soon offer home delivery to local customers.

James Roberts, director of The Beacon, said: “It has been fantastic to see queues in the centre for Pearls Bubble Tea. It is a great addition to The Beacon and our customers are making clear just how popular the concept is.”