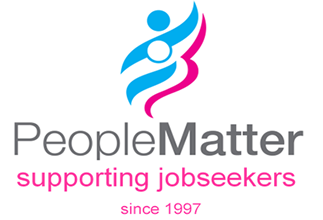 A springtime jobs fair with a difference is being held later this month at Eastbourne Town Hall, as the town begins to prepare for an influx of Ukrainian refugees.

An initiative led by long-established employment charity People Matter has seen its team working behind the scenes to bring a new dimension to the town’s jobs market.

The ambition has been to work with refugees, veterans, some of those in temporary accommodation and a selection of ex-offenders, to help employers fill their vacancies.

The “Opening Doors” Jobs Fair will welcome jobseekers of all ages and abilities – as well as those four groups – to the town hall in Grove Road between 9.30am and 4pm on Tuesday, March 29.

“Like other towns, Eastbourne has to think differently about who will take those jobs that are proving so difficult to fill, particularly since Brexit and the pandemic,” said People Matter CEO, Ann Gillard.

“We’re finding capable people who are willing to work. Among them are refugees with a right to be employed in the UK, who are here with their families and want to give something back the community,” she said. “And quite soon, we may have Ukrainian men and women within our community with the skills and willingness to work locally.

“There are also people out there who lost their homes and livelihoods to Covid, and there are veterans who have left the forces and who just need someone to give them a chance. We’ve made that our mission.”

People Matter has been supported in its project by a number of agencies and charities that work closely with vulnerable people, to help them better their prospects.

In staging the jobs fair, it has been supported by Eastbourne Borough Council and partnered by East Sussex County Council’s ESTAR ( Employability for Supported and Temporary Accommodation and Refuges) team. With the help of its Moving On Up initiative, the ESTAR team is able to offer financial incentives to both job-seekers and employers, in bringing them together.

Around 30 businesses ranging from hotels and hospitality to warehousing and construction firms, are expected to be exhibiting at the fair and the ESTAR team will be on hand to talk to employers. The event is also supported by Eastbourne Chamber of Commerce.

Eastbourne councillor Josh Babarinde, who was himself awarded the OBE for his work in supporting disadvantaged people in south-east London, has been part of the project group behind the jobs fair.

“Some of our employers already have an enlightened approach,” he said. ”If we can change the mindset of some others, we can make a big difference within the jobs scene locally, and help our economy to recover, too.

“Come and meet some of our job-seekers and hear how your business can benefit financially at the same time.”