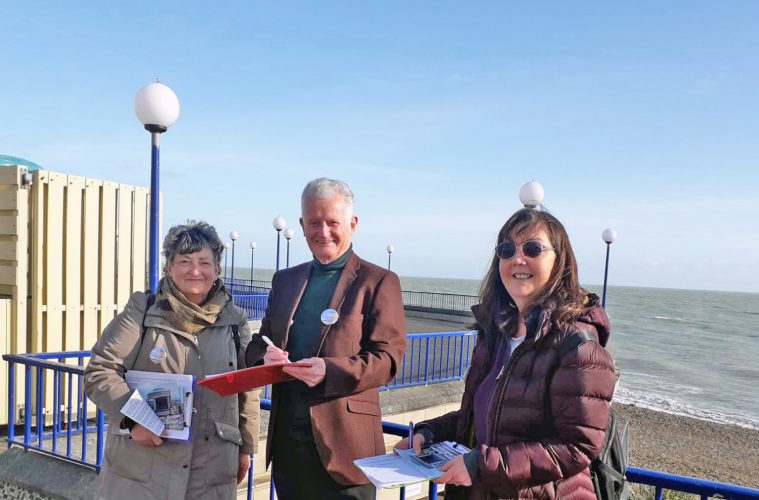 Campaigners fighting to re-open Eastbourne’s bandstand are delighted at a council U-turn which means their petition will now be debated on Wednesday evening [18th May].

Although the document, with over 2,300 signatures calling for the much-loved structure to be restored and properly maintained, had been accepted at the Town Hall in April, it wasn’t due to be discussed by the council until July.

After intervention by the Conservative group leader, Cllr Robert Smart, senior officials have now agreed to include the matter on Wednesday’s agenda.

Gaynor Sedgwick, Chair of Save Eastbourne Bandstand, said: “We were really disappointed to hear initially that our petition to ensure that priority was given to the bandstand for appropriate grant-funding and regular maintenance was not going to be put on the council’s agenda until July.

“We, and the 2,300 people who signed the petition think it’s really important to get the bandstand repaired and re-opened as soon as possible. We are really grateful that Councillor Robert Smart intervened and persuaded the council to take a U-turn. We thank him for his support.”

Wednesday evening’s meeting has two parts including a ceremonial affair, to elect the town’s Mayor and deputy, and a Part Two which is to consider more usual council business such as the future of the town’s crucial seafront assets including the historic bandstand. The public are invited to attend with a 6pm start time.

“The restoration of the Bandstand is of crucial importance and is an urgent matter”, says Cllr Smart. “Eastbourne Borough Council only has four Full Council meetings each year and it would have been shameful to delay consideration of this urgent democratic process.”