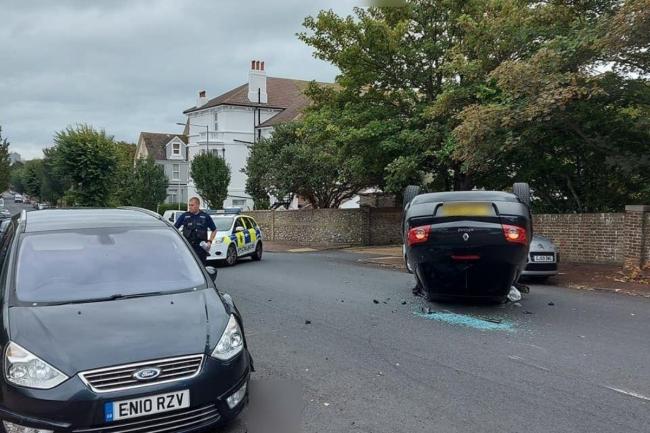 Frank Graham, 38, of Upperton Road in Eastbourne, has been charged

POLICE have charged a man after two people were attacked with an unknown substance in Eastbourne on Saturday.

Officers were called to St Anne’s Road at 8.51am to reports of a road traffic collision involving a black Renault Megane.

The driver got out of the vehicle and allegedly threw a liquid – thought to be ammonia – in the faces of two members of the public.

Frank Graham, 38, of Upperton Road in Eastbourne, has been charged with two counts of throwing a corrosive fluid with intent to burn / maim / disfigure / disable / do grievous bodily harm, aggravated vehicle taking and vehicle damage, possession of Class A and Class B drugs, driving without a licence and insurance and assaulting an emergency worker.

He has been remanded in custody to appear before Brighton Magistrates’ Court on Monday (31 August).

Anyone with any information is asked to contact police by calling 101 quoting serial 845 of 28/08.