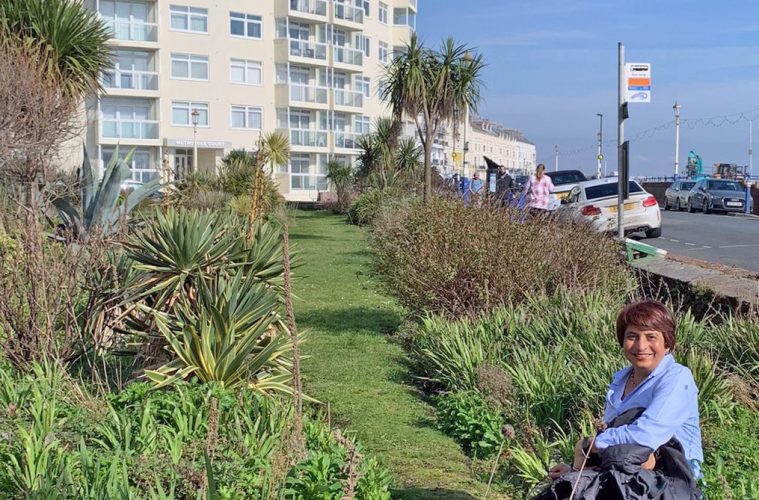 Eastbourne is "letting down our Sovereign"

Eastbourne is “letting down our Sovereign”

Eastbourne is letting down not only the town, the county and the country but also our Sovereign in this her Platinum Jubilee Year, says concerned  councillors.

Parts of Eastbourne are in a “shameful state”, says Conservative councillor Kshama Shore OBE who represents Sovereign ward on the Borough Council. Acknowledging that we’ve just been through a pandemic for the past two years,

Cllr Shore told a meeting of the Full Council that the time could and should have been used wisely rather than letting parts of Eastbourne deteriorate.

“For goodness’ sake, our seafront is the jewel in Eastbourne’s crown and yet, in this Her Majesty’s Platinum Jubilee Year, parts of it are frankly a disgrace”, the councillor said.

“The World Garden, outside the famous ice cream parlour, is just shameful: overgrown and tatty beyond belief. And, I dare not mention our roundabouts; most of which are a disgrace and need sprucing up.

“Our Pavilion Gardens should be maintained to the same standard as the striking carpet gardens; a vibrant and inviting place in such a prominent part of the town. But, no – what do we have? There’s litter and detritus flying about, the weeds have taken over and the poor old bushes look so tired and uncared for, anyone would think there’s been no maintenance whatsoever since Covid struck. It’s a total disgrace and lets the side down,” says Cllr Shore.

Conservative councillors have unanimously called on the Borough leaders to get their act together and spruce the place up before the tourist season gets underway in just a few weeks’ time.