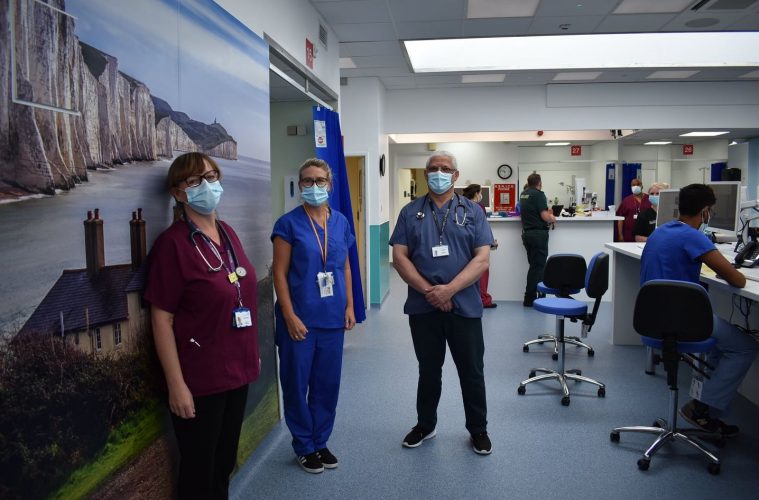 Eastbourne LibDem councillors challenge government: Where is our new hospital?

Eastbourne LibDem councillors challenge government: Where is our new hospital?

Liberal Democrat Eastbourne Borough Councillors called for the government to honour its commitment of a brand new hospital for Eastbourne.

The councillors advocated for this by passing a motion at Eastbourne Borough Council’s Full Council meeting on the evening of Wednesday 18th May. No Conservative councillor voted in favour of this proposal.

In October 2020, the government announced that Eastbourne was to be the site of one of the 40 new hospitals pledged in its last manifesto. This was celebrated by Eastbourne and Willingdon’s Conservative MP, Caroline Ansell.

The motion also calls on East Sussex NHS Healthcare Trust to share the plans that have ben drawn up so far.

“The government promised Eastbourne a brand new hospital nearly two years ago but there is no sign of it whatsoever. That is not good enough.

“Our town needs and deserves a new hospital. This will put us in the best position to bring back the critical services we have lost to Hastings and elsewhere.

“Me and my Liberal Democrat team will hold the government and local Conservative politicians to account on this new hospital pledge and will not allow them to scapegoat anyone else if they fail to deliver on the promise that they made.”

Cllr Babarinde’s motion is supported by the Save The DGH Campaign group, which has been campaigning to protect local hospital services and restore core services to Eastbourne since 2006.

“A new hospital for Eastbourne is a once in a lifetime opportunity. We long to see a configuration of services that will serve both towns equally, and East Sussex as a whole, over the next 50 years.”