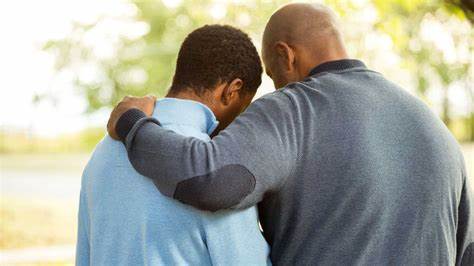 Is your drinking costing you more than money?

To mark the 75th anniversary of Alcoholics Anonymous (AA) being established in the UK, Eastbourne Library is hosting an exhibition called Darkness Into Light, from 03 – 27 August.

The exhibition was formally opened by the Lord Lieutenant of East Sussex Mr Andrew Blackman DL, at a private event held at the library on 2 August before it opens to the public.

For the first time, AA Great Britain is sharing its archives including images, recordings, literature and artifacts to provide free and confidential support to anyone worried about their drinking. The exhibition, which is part of a roadshow travelling across the South of England, will be open to the public and free to attend. An array of materials on show will celebrate AA’s history and the important work it does in the community. Having recently been on display in Chichester, Crawley and Brighton, among other locations, after Eastbourne, the event moves to Hastings in September.

The first AA meeting in the UK was held on 31 March, 1947, in Room 202 at London’s Dorchester Hotel. It was hosted by Grace O, a visiting member of AA from the USA. The first meeting was attended by eight people. In 2022, there are more than 4,500 AA groups in Great Britain, with an estimated 25,500 active members.

AA can trace its roots back to America, when in 1935 founding members Wall Street analyst Bill Wilson and surgeon Dr Bob Smith, met in Akron, Ohio, and, wishing to remain sober and help others achieve sobriety, began compiling the initially titled book, Alcoholics

Anonymous: The story of How More Than One Hundred Men Have Recovered from Alcoholism, from which AA drew its name. Informally known as The Big Book, with its first 164 pages virtually unchanged since 1939, it sets out a Twelve Step Programme for recovery which has helped more than three million people worldwide combat the disease and achieve sobriety.

AA is an international fellowship dedicated to abstinence-based recovery from alcoholism through its traditions and spiritual development programme. A desire to stop drinking is the association’s sole requirement to join, and AA’s only source of funding is the voluntary contributions of its members. AA is a fellowship of people who come together to solve their drinking problems. It doesn’t cost anything to attend AA meetings. There are no age or education requirements to participate. Membership is open to anyone who wants to do something about their problematic drinking. AA is not a commercial organisation and neither is it allied with any other cause, professional or religious group. AA’s primary purpose is to help alcoholics achieve sobriety.

A spokesperson at AA, said: “We, at AA, are not anti-alcohol, but are people who have discovered and admitted that we cannot control alcohol. We have learned that we must live without it to live normal, happy lives. We do not impose our experience of problem drinking on others but only share it when asked. It is our hope that the Darkness Into Light exhibition promotes the history and work of AA in the UK, informs and removes the stigma around excessive alcohol use, and offers support to anyone wishing to address their problem and seek recovery.”

According to the Office of National Statistics, in 2020 alcohol-related deaths in the UK increased by 18.6% compared with the previous year, to the highest since records began in 2001. Alcoholism affects one in 100 people in the UK, and heading into the Covid-19 pandemic, data from the consumer purchasing panel reported volume sales of alcohol increased by 25% in the same period.

If you, or someone you know, is experiencing trouble with drinking, or if your drinking has reached the point where it worries you, you can speak to someone confidentially on the free national helpline: 0800 887 766, email pi.esussex@aamail.org or find a local meeting in East Sussex by visiting www.aa-estsussex.org/east-sussex-meetings.

Further information can be found at: