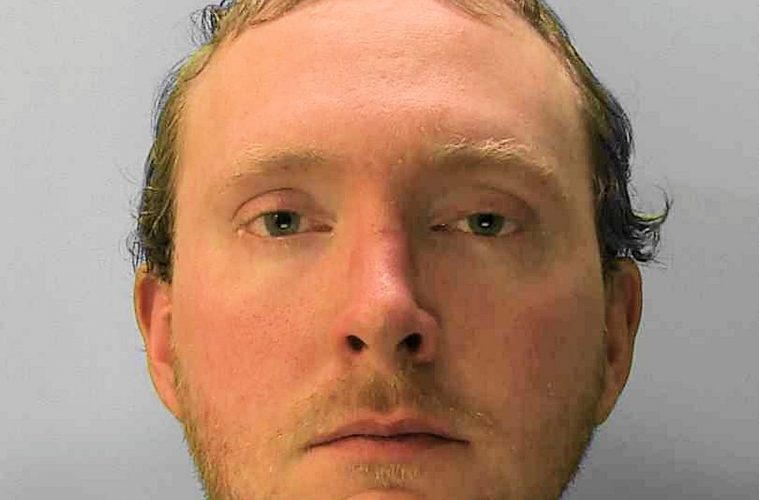 An East Sussex man has been jailed for a second time for child sex offences, on this occasion for a total of seven years.

Daniel Graham Turner, 33, of Longstone Road, Eastbourne, was sentenced at Lewes Crown Court on 2 March, having pleaded guilty to a series of offences of making and distributing indecent images of children, and of breaching a previously imposed Sexual Harm Prevention Order (SHPO).

The first four years of his sentence will be served in custody, and the other three years will be on prison release licence supervision. He will continue to be a registered sex offender for life and to be the subject of the SHPO, severely restricting his access to digital communications equipment and children.

All the images were acquired on the Internet and none were believed to be of local children.

Turner’s renewed offending was uncovered when officers from the Sussex Police Paedophile Online Investigation Team (POLIT) received intelligence that he had been accessing indecent images of children online.

They went to his address in Eastbourne, arrested him and seized various digital devices from detailed examination which it became clear that Turner had been downloading indecent images of young girls including some of the most serious type, had exchanged images with others and engaged in online chat about his desires in relation to them.

Turner had previously been jailed at Hove Crown Court in September 2016, for four-and-a-half years after pleading guilty to causing or inciting a girl under 13 to engage in sexual activity; and to nine counts relating to making/distributing indecent images of children, all when he was living in Polegate between 2004 and 2014. He was also placed on the sex offenders’ register for life and was made subject to the indefinite SHPO.

Detective Inspector Andy Harbour from POLIT said; “This investigation demonstrates our commitment in actively pursuing information about this type of offending, and to monitor sex offenders in the community.

“Anyone who downloads or distributes indecent images of children, each one of which is by definition evidence of a child being abused, risks a knock on the door from us at any time. They will be brought before the courts and this case shows that systematic offending like this can attract a particularly substantial prison sentence.”