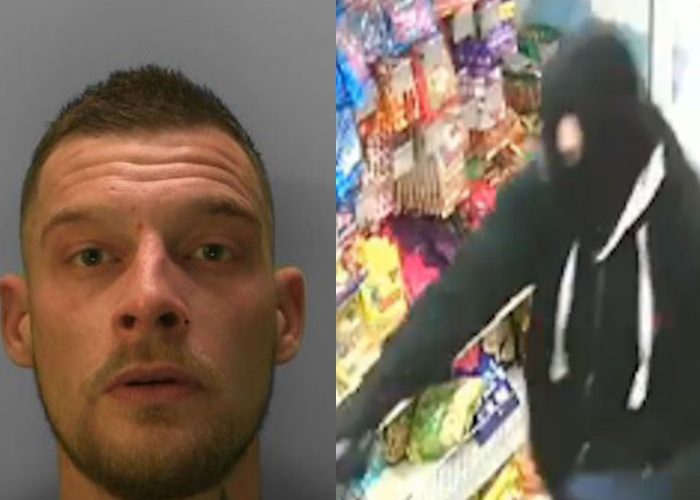 Eastbourne man who robbed shop at knifepoint jailed for 81 months

Eastbourne man who robbed shop at knifepoint jailed for 81 months

An Eastbourne man who robbed a shop at knifepoint earlier this year has been jailed for more than six years.

Police were called to a convenience store in Station Parade, Eastbourne, at 5.15pm on Tuesday, April 20 after a man had threatened staff with a knife and demanded money. The suspect made off with the till but dropped the knife at the scene.

A few days later, a resident in Upperton Gardens found a till and drawstring bag in their garden, as well as a balaclava, sock and glove in their compost bin.

These items were found to match those worn by the suspect during the robbery, as seen on CCTV footage.

The knife from the scene was seized and forensics found a partial DNA profile for Michael Oakley, 28, a care assistant, of Seaside, Eastbourne. He was later arrested and charged with robbery.

Oakley pleaded guilty and was sentenced to 81 months in jail when he appeared at Lewes Crown Court on September 17, 2021.

DC Jon Moore said: “Michael Oakley callously threatened the store owner with a knife in a planned and pre-meditated robbery designed to instil maximum fear for the sole purpose of taking money from the store.

“The response from police officers and staff, along with members of the public, swiftly secured vital evidence which despite his best efforts, identified Oakley and was significant in securing a guilty plea.

“We hope this sentence of 81 months shows that violence and threatening behaviour of this kind will not be tolerated in our communities.”