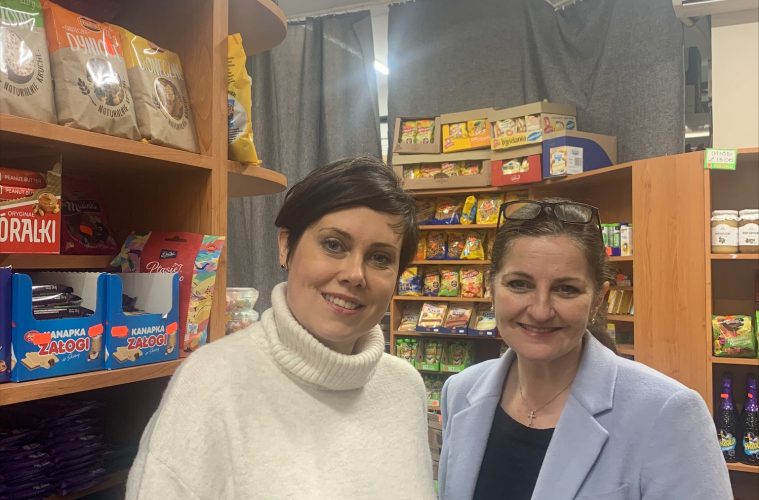 EASTBOURNE MP Caroline Ansell has returned from a cross-party MPs’ delegation to Poland.

Its aim was to foster relationships with Polish parliamentarians and representatives of key institutions working to provide refuge for those fleeing the conflict and to advance greater international security and co-operation.

Caroline said: “We received a very warm welcome and it was a successful visit.

There is a significant Polish community in Eastbourne who has been magnificent in supporting Ukrainians in the town fleeing the war. That includes the lovely Michelle who runs the Polish mini market in Seaside Road. I met her earlier this year.

Poland has been incredible since the invasion in February. Over 3.5 million Ukrainian refugees have crossed its borders, some in transit, many settling. Poland has long been an important ally of Britain; we laid a wreath at the memorial to the British airmen who lost their lives in Warsaw in the Second World War.  There are currently 150 British Light Dragoons stationed in the country as part of NATO and to act as a deterrent to Putin’s aggression. We met a detachment who reported back to us on their tour of duty.

It is important to learn more about the current political and economic situation in Poland and find ways to build relations at such a crucial time in Europe. Energy security was high on the agenda. We also met with the Polish Deputy Foreign Minister, the UK Ambassador Anna Clunes and directors at the British Polish Chamber of Commerce.

At Expo – now converted to a major refugee reception centre – we spoke with A21, an organisation fighting human trafficking and team members from the United Nations Refugee Agency about their involvement too.  We got important insight into what is and what will be required in the months to come.

A full report on our experience and findings is being written and will be shared with all MPs in due course.  I will also be feeding back to ministers what we saw on the ground.

I was impressed by the courage and spirit of all those we met. Poland is an important friend and ally.”